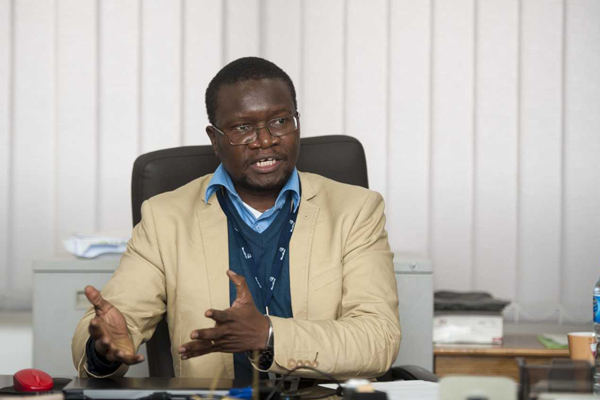 WorldFish Cairo’s office will announce a new project to boost fish farming cooperation in Africa soon, a source at WorldFish told Daily News Egypt on Saturday, adding that the project will be implemented in collaboration with the European Federation of the Associations of Dietitians (EFAD).

“There is a huge demand for fish farming in Africa,” the source noted, adding that WorldFish will train Africans on fish farming and share its research outcomes with African countries.

WorldFish pays great attention to cooperation with African countries in light of Egypt’s presidency of the African Union (AU), the source affirmed, adding that WorldFish has recently celebrated the closing of a Swiss-funded two projects.

The closing of the Sustainable Transformation of Egypt’s Aquaculture Market Systems (STREAMS) and the Youth Employment in Aswan Governorate (YEAG) projects took place on 22 May in Cairo, in the presence of the Minister of Agriculture and Land Reclamation, Ezz El-Din Abu-Steit, Vice Minister of Agriculture, Mona Mehrez, and Deputy Swiss ambassador to Egypt, Adrian Hauri.

These projects have improved food and nutrition security and economic opportunities for low-income Egyptian citizens through sustainable intensification of the aquaculture sector and the creation of job opportunities for the youth via better management of fisheries resources, a statement by WorldFish said.

During the closing event, project results and future opportunities for the aquaculture and fisheries sectors were highlighted to beneficiaries and local partners, added the statement, noting that participants at the closing ceremony agreed that despite increasing fish production in Egypt, further growth needs to take place in the upcoming years to meet growing market demand for fish.

“The STREAMS and YEAG projects are cornerstones for the development of aquaculture and fisheries in Egypt. There is rising demand in the country for nutritious animal-based protein food,” the Deputy Swiss ambassador to Egypt, Hauri, said.

Value addition to lower-market-valued fish creates new opportunities for youth and women entrepreneurs, he noted, adding that both projects are positive models for food security and income generation.

Nearly 4,000 fish farmers were trained by WorldFish on best management practices, leading to the increase of farms’ profitability by 13%, reduced feed use by 20%, and decreased water consumption by 10%, the statement added.

Increased profitability was mainly achieved through cost-savings brought on by more efficient feed management rather than increased production, the statement affirmed, noting that this resulted in reduced environmental impacts such as greenhouse gas emissions and nutrient discharges.

New technologies were also introduced to fish farming to multiply production and ensure better use of water resources and feed.

WorldFish introduced the in-pond raceway system (IPRS) technology for the first time in the Middle East and Africa under the umbrella of the .

The new climate-smart culture system was tested and promoted among extension service providers and local aquaculture investors with technical support from the US Soybean Export Council USSEC.

Women were provided with equipment including iceboxes, tricycles, weight scales, and cleaning equipment in addition to training on cooking and post-harvest practices, project management, and advocacy, among others.

As part of raising capital for women fish retailers, they were organised into saving groups. This resulted in the following total number of loans: EGP 1,600,610 in Fayoum and EGP 1,172,220 in Kafr El-Sheikh from 2017 until April 2019.

As part of improving the linkages between fish supply and demand chains, an online market platform was established (www.asmaknet.com) with the aim of improving marketing and online extension services to reach all fish farmers nationwide, in coordination with the General Authority For Fisheries Resources Development (GAFRD).

With the community closure event of the YEAG project that took place early last week in Aswan, beneficiaries expressed their appreciation of the project, which gave them new skills to improve their businesses and livelihoods.

The YEAG project benefitted 1,976 fishermen, fish farmers, women fish retailers, and young entrepreneurs. The project supported the creation of job opportunities for youth and women through the development of aquaculture and fisheries’ management practices, as well as improved post-harvest handling, and fish processing practices in Lake Nasser.

Egypt’s political leadership is interested in filling the gap of rising demand on nutritious animal-based protein food, said the statement, noting that a committee was recently formed chaired by Abu-Steit to develop lakes after a stakeholders’ agreement to implement a management plan of fisheries resources of Lake Nasser, an effort led by WorldFish under the auspices of the YEAG project.

Establishing an independent authority for lakes supervised by the prime minister is being studied, a critical step that will help push forward the fisheries sector.

The YEAG project introduced training for women in Aswan on fish leather tanning for the first time, a primary step for producing fish leather products.

Fish farming was introduced in Minya and Aswan under the STREAMS and YEAG projects to support fish supply to Upper Egypt inhabitants who have little intake of fish. A number of 840 feddan in Wadi El Sa’ayda, Aswan, that are not suitable for agriculture can be used in fish farming activities.

With the presence of donors, government representatives, local authorities, private sector investors, and small and medium size farmers, women retailers and other stakeholders, WorldFish and the Swiss Agency for Development and Cooperation (SDC) office affirmed their keenness on sharing lessons learned from their long experience in boosting the fisheries sector in Egypt and discussing the way forward for aquaculture and fisheries development in the country.

“One of the major lessons learned is the fact that change can come quite quickly when the focus is on empowering the people,” Harrison Karisa, WorldFish country director for Egypt and Nigeria said, adding that the success stories of aquaculture in new areas as exemplified by Nasser Abdelatty from Aswan are a clear testimony of what training and research can do.

The support of the Swiss government for fisheries and aquaculture and more specifically in the area of Best Management Practices training and research, is one of the biggest contributions to aquaculture development in the country,  Karisa mentioned, noting, “more ground is yet to be covered in increasing efficiencies and policy support, but we are making good progress.”

The Swiss embassy has supported the aquaculture sector in Egypt since 2011 with an initial study of the Egyptian aquaculture value chain funded by the SDC office.

This first output of cooperation between WorldFish and the SDC identified limiting factors hindering the aquaculture development in the country. Based on this study, the SDC funded the first phase of the project called “Improving Employment and Income through Development of Egypt’s Aquaculture Sector (IEIDEAS)” from December 2011 to November 2014, implemented by WorldFish and CARE International, in collaboration with the ministry of agriculture and land reclamation with a total project fund of $4.33m

After a successful first phase, the SDC continued its support to Egyptian aquaculture by granting CHF 2,000,000 for the second phase of the project called STREAMS for 3 more years. In July 2017, the SDC supported the extension of fisheries value-chain component of youth employment in Aswan governorate for an additional 18 months ending in 2018, with a total budget of $0.586m.

Furthermore, WorldFish is an international, non-profit research organisation that works to reduce hunger, malnutrition, and poverty by improving fisheries and aquaculture. With a 40-year track record of leading-edge science, WorldFish generates research evidence and innovations to inform sustainable practices and inclusive policies that enable better livelihoods and healthier diets for millions of poor people, particularly women, who depend on fish for food, nutrition, and income in the developing world.

WorldFish is a member of  the Consultative Group for International Agricultural Research (CGIAR), the world’s largest global partnership on agriculture research and innovation for a food secure future. Headquartered in Penang, Malaysia, and with regional offices across Africa, Asia, and the Pacific, WorldFish leads the cross-disciplinary CGIAR Research Programme (CRP) on fish agri-food systems.