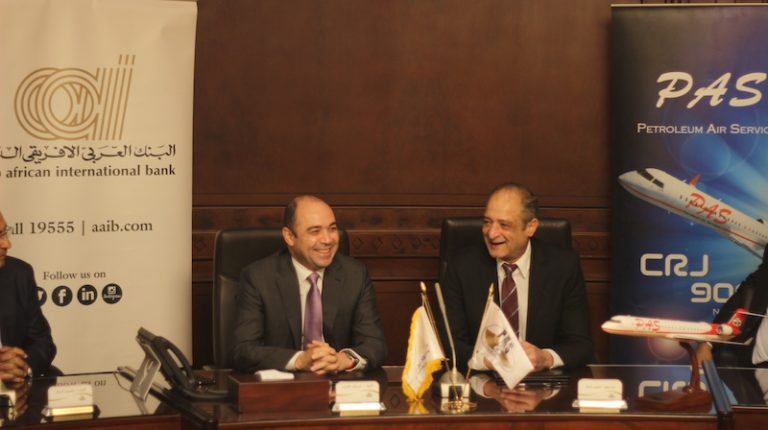 The Arab African International Bank (AAIB) succeeded in acquiring a financing deal to the Petroleum Air Services Company (PSA), with the aim of acquiring a CRJ900 Bombardier jet worth $22m.

The PSA paid the advance payment of $1.5m. The remaining sum of $20.5m will be secured through a five-year loan that will be disbursed starting June 2019.

This comes in the light of the AAIB’s policy to increase the customer base for the corporate sector and support important economic sectors.

For his part, Elwy said that the petroleum services sector is one of the most important energy sectors which are always interested in financing because of its direct and positive impact on the economy. “We are particularly keen to strengthen cooperation with the PSA because of its leadership in this field,” he added.

The AAIB was established in 1964 under the special law as the first multi-national bank in Egypt, with the contribution of the Central Bank of Egypt and the General Authority for Investment in Kuwait, and is one of the most important commercial and investment banks in the region.

The PSA is one of the oldest companies in the sector acquiring air transport services for the petroleum sector with a fleet of 42 jets.

The company was founded in 1983 and owned by the Egyptian General Petroleum Corporation (75%) and the American Bristow Group (25%).