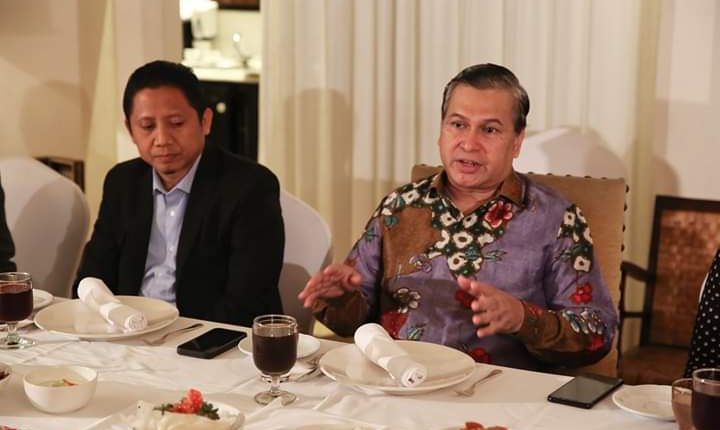 The volume of trade exchange between Egypt and Indonesia hiked by 18% during the first quarter (Q1) of 2019 reaching $340m comparing to Q1 of 2018’s data, the Indonesian ambassador to Egypt, Helmy Fauzy, said, adding that both exports and imports from Egypt are improving.

Egyptian authorities are discussing inking a Preferential Trade Agreement (PTA) with Indonesia as an initial step before inking a Free Trade Agreement (FTA) to boost trade exchange which exceeded $1.5bn in 2018, the ambassador told Daily News Egypt during the iftar event which the embassy organised on Monday, expecting trade exchange to hike by the end of 2019.

Notably, the PTA includes reducing tariffs for certain products to the countries who sign the agreement while the FTA is a treaty which facilitates trade through completely eliminating tariffs.

On 30 October 2018, Indonesia’s Trade Minister, Enggartiasto Lukita, anticipated a 300% annual trade increase with Egypt after signing a PTA, noting that, “any trade figure less than $2bn is very low.”

The Indonesian ambassador also welcomed the African Continental Free Trade Area (AfCFTA) that will come into force by 30 May. When operational, the AfCFTA will be the largest free trade bloc in the world, as it includes all but three of Africa’s 55 countries, creating a free trade area, according to the African Union (AU).

Indonesian companies’ interest in the Egyptian market is increasing, the ambassador noted, mentioning, “PT Perkebunan Nusantara Holding (PTPN) company visited Egypt last year where they affirmed their plans to set up an office for the company in Egypt. PTPN wants to use the Suez Canal Zone as a hub for the processing of palm oil.”

A business mission from Indonesia is planned to visit Egypt from 15 to 16 September, the ambassador said, adding that the mission will be a cross-sector one.

Additionally, the majority of Indonesians accepted the results of the elections while a splinter group wants to create disorder because they weren’t able to win the elections, the ambassador noted.

“Small groups of people like Hizb ut-Tahrir rejected the elections as they promote the idea of khilafah so they reject democratic choices. One leading Indonesian newspaper said that about 90% of the people accepted the elections results,” the ambassador elaborated.

The Indonesian election commission said last week that president Joko Widodo had won the re-election with 55% of the vote on 17 April, in a poll that is widely regarded as free and fair, according to global media reports.