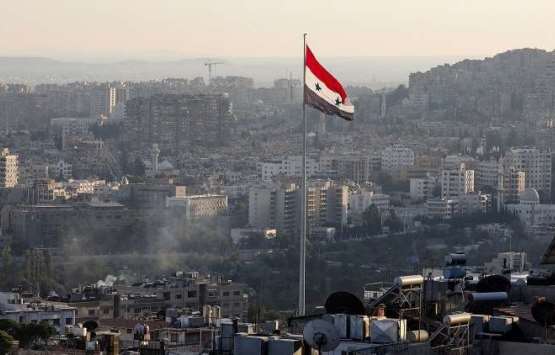 The Israeli army said late on Monday that it has attacked an anti-aircraft artillery site in Syria after an Israeli aircraft was fired from the Syrian regions. Syrian state media said that one soldier was killed in an “Israeli aggression.”

“Earlier today -Monday-, a Syrian anti-aircraft system fired at an IDF aircraft as it was carrying out a routine flight in Israel. The projectile landed in Syrian territory,” the Israeli army said in a tweet on its official Twitter account.

It added that “In response, we -the Israeli army- targeted the Syrian launcher that was responsible for firing it.”

The Syrian Arab News Agency (SANA) quoted a military source saying that “At 9:10 pm, the Israeli enemy targeted one of the Syrian military sites to the east of Khan Arnabeh in the Quneitra countryside.”

The source added that the “Israeli aggression” claimed the life of one soldier and injured another one.

Last year, anti-aircraft fire dropped an Israeli aircraft returning from an airstrike in Syria, after that Israel launched a wave of strikes on other targets there.

In January, Syrian military forces announced that Israeli aircrafts launched a bunch of missiles toward the Syrian capital city Damascus, and the Syrian air defence forces intercepted a number of them.

Israel justifies its aggressive actions by countering the Iranian influence in the region and targeting Iranian military bases. It has conducted 200 air raids against Syria. It said that the raids target the Iran-backed Hezbollah group.