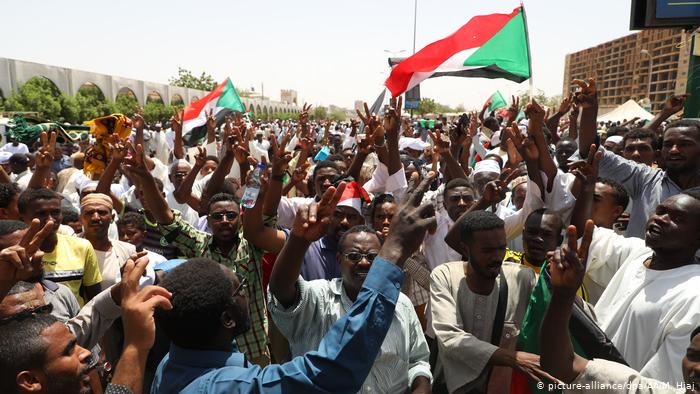 Hundreds of passengers at Khartoum airport and the Sudanese capital’s main bus terminal were stranded Tuesday as protesters began a two-day national strike to pressure the Transitional Military Council (TMC) to hand power over to a civilian administration.

Protesters demand a swift transition to civilian rule, fearful that military rulers will replace one dictatorship with another.

Leaders of an umbrella protest movement remain at odds with the TMC, who ousted President Omar Al-Bashir last month amid mass protests, over who should lead a new governing body.

The new governing body is expected to instal a transitional civilian government, which in turn would prepare for the first post-Bashir elections after a three-year interim period.

The Forces for the Declaration of Freedom and Change protest movement has called for a two-day general strike starting on Tuesday.

Local news outlets reported that a significant effect of the action is the paralysation of airports with staff having joined the strike call. Travelers have been left stranded in the wake of the compliance.

Hours to the start of the action, several government-run institutions expressed their support with activists posting photos and statements to that effect on social media platforms, local news outlets reported.

The escalation comes after Sudan’s military rulers have suspended talks with protest leaders to form a transitional body as they demanded protesters dismantle barricades set up around the capital, Khartoum.

Army generals and civilian opposition had been expected to agree on the composition of a joint military-civilian body to govern during a three-year transition period to pave the way for elections.

General Abdel-Fattah Burhan, chief of the ruling TMC, said in a live broadcast that negotiations with protest leaders had been temporarily suspended “until a suitable atmosphere is created to complete an agreement.”

The military ousted and detained Bashir on April 11, ending his 30-year rule after 16 weeks of street protests against him spearheaded by the Sudanese Professionals’ Association, part of the Forces for the Declaration of Freedom and Change.