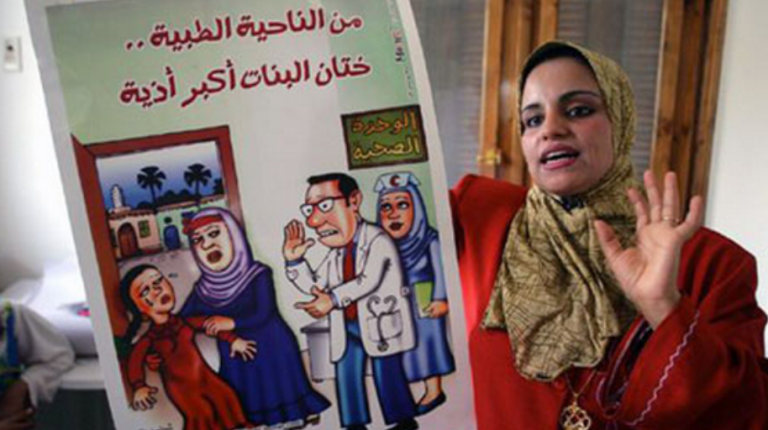 The United Nations in Egypt welcomed and applauded in a statement on Monday the positive and encouraging steps taken by the Egyptian government to end Female Genital Mutilation (FGM).

There is national team that is made up of all concerned ministries, in addition to civil society and development partners, and it aims to concrete all the efforts to end the practice which violate the rights of women and girls.

It aims to unite efforts to end this harmful practice which is a serious violation of the rights of women and girls, noting that this approach is in line with the National Strategy for the Empowerment of Egyptian Women 2030, in particular the protection of women and girls from all forms of violence, Including female circumcision, the statement added.

“It is also a contribution to Egypt’s national efforts toward achieving the fifth goal of sustainable development aimed at achieving gender equality and the empowerment of all women and girls,” the statement also said.

The national team relies on the Egyptian government’s unprecedented efforts to end this harmful practice by tightening the punishment of FGM by increasing the punishment of violators from 3 months to 3 years and from 5 to 7 years in addition to converting the crime from a misdemeanour to a felony. The penalty could also be up to 15 years’ imprisonment if the crime resulted in a permanent disability or resulted in death.

In 2016, parliament passed amendments in the law criminalising FGM, making the practice a felony and mandating stricter punishments for those convicted of performing the illegal act.