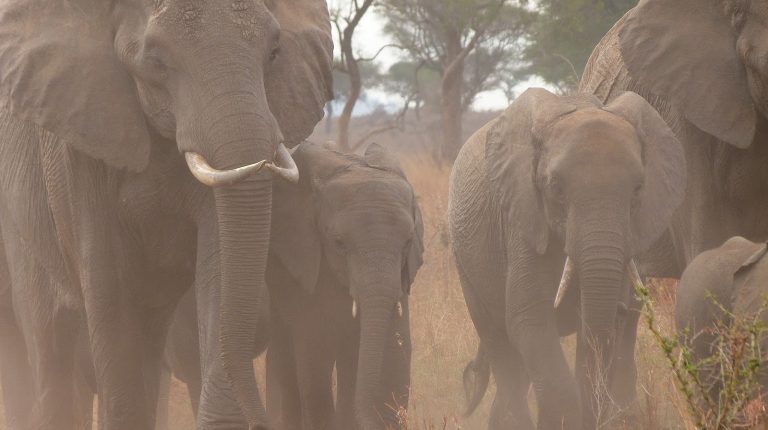 An international team of scientists have concluded that elephant poaching rates in Africa have started to decline after reaching a peak in 2011.

The researchers said in their paper, which was recently published in the Nature Communications journal, that the continent’s elephant population remains threatened without continuing action to tackle poverty, reduce corruption, and decrease ivory demand.

The research, which included scientists from the universities of Freiburg, York, and the Convention for the International Trade in Endangered Species (CITES), reveals a decline in annual poaching mortality rate from an estimated peak of over 10 % in 2011 to less than 4 % in 2017.

It is estimated that there are around 350,000 elephants left in Africa, but approximately 10-15,000 are killed each year by poachers. At current poaching rates, elephants are in danger of being virtually wiped out from the continent, surviving only in small, heavily protected pockets.

One of the authors of the study, Colin Beale, from the University of York’s Department of Biology said: “We are seeing a downturn in poaching, which is obviously positive news, but it is still above what we think is sustainable so elephant populations are declining.”

“The poaching rates seem to respond primarily to ivory prices in south-east Asia and we can’t hope to succeed without tackling demand in that region,” Beale continued.

The research team says it is impossible to say if the ivory trade ban introduced in China in 2017 is having an impact on the figures as ivory prices started to fall before the ban and may reflect a wider downturn in the Chinese economy.

“We need to reduce demand in Asia and improve the livelihoods of people who are living with elephants in Africa; these are the two biggest targets to ensure the long-term survival of elephants,” Beale said, adding, “While we can’t forget about anti-poaching and law enforcement, improving this alone will not solve the poaching problem.”

Speaking to Daily News Egypt via email, Beale said “Firstly, knowing that elephant poaching rates are declining is a good news story, and knowing that this matches declines in (mammoth) ivory prices in south-eastern Asia tells us reducing demand is an important part of the story.”

The researchers used data supplied by rangers in the field at 53 sites across the continent (containing around 50% of the remaining elephants in Africa) which describe the number of illegally killed elephants at each site, the number of elephant carcasses encountered which were not illegally killed–therefore, it is therefore a sort of cause of death analysis. After that, they combined all this data using sophisticated statistical analyses to identify the factors which correlate with spatial and temporal variation in poaching rates.

The scientists looked at data from the Monitoring the Illegal Killing of Elephants (MIKE) programme, which records carcass data provided by park rangers at 53 protected sites across Africa.

Head of Wildlife Communication and Ambassador Relations, UN Environment, Lisa Rolls Hagelberg said: “Ensuring a future with wild elephants, and a myriad of other species, will require stronger laws, enforcement efforts, and genuine community engagement. However, as long as demand exists, supply will find a way to quench it. Only about 6% of the current funding going toward tackling illegal trade in wildlife is directed to communication.”

She added in the press release of York University that “For long-term success, governments need to prioritise comprehensive social and behavioural change interventions to both prevent and reduce demand. We have the know-how, now we need to invest to truly influence environmental consciousness.”

The most beautiful African National Parks

Tiny bees buzz to the rescue as elephants wreak havoc