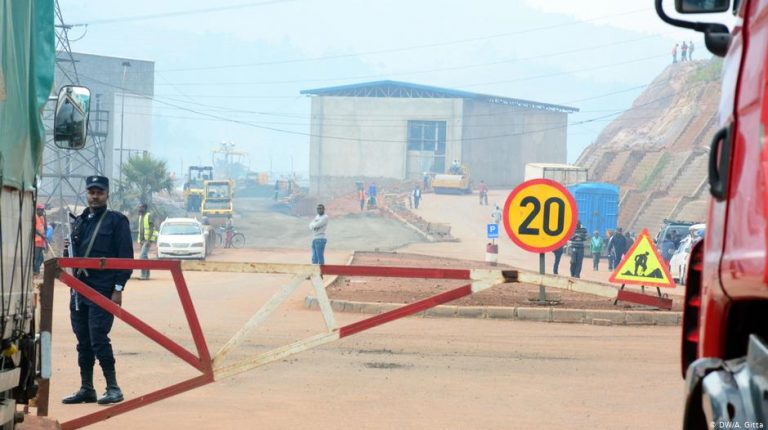 Thursday sees the creation of the world’s largest free trade zone, the AfCFTA. Over 20 African nations are joining an association that in the final analysis will be modeled on the European Union’s single market.When called into being on May 30, the African Continental Free Trade Agreement (AfCFTA) will be the biggest of its kind worldwide, at least on paper. A month ago, the 22nd member country of the African Union (AU) ratified the treaty, thus paving the way for the founding of the AfCFTA. An AU summit in Kigali had earlier decided that such an agreement was necessary.

That 22nd country, the Sahrawi Arab Democratic Republic, can be seen as a good omen. It has little over a million inhabitants and has only been around since 1974. Hardly anyone knows this country in Europe, and there are most likely many Africans who've never heard of it either.

But now this country, located between the Sahara and the Atlantic Ocean, could become better known because of its crucial signature, especially if — as planned — this fresh start to free inner-African trade eventually leads to a joint single market on the continent.

Rome wasn't built in a day

The head of the German-African Business Association, Christoph Kannengiesser, follows Africa'a trade efforts with great interest. He says the very fact that almost all AU member states signed the accord and thus voiced their interest in free trade gets them off to a good start.

He adds that Africans should not rush things and should make sure their trade relations grow sustainably. Kannengiesser notes that the European single market didn't come about overnight either, adding that other trade agreements such as NAFTA or TTIP are still controversial as there tend to be winners and losers in the process.

"That can trigger distributional conflicts and may prompt attempts to push and preserve your own national interests too much," he said.

Kannengiesser believes there's no big harm in Africa's most populous, oil-rich state, Nigeria, not wanting to join the AfCFTA. He thinks that while pursuing its own national interests and feeling stronger on its own, Niger won't be able to ignore Africa's economic dynamics in the long term.

Internal trade in its infancy

Not that there aren't any free trade zones in Africa where tariffs have at least been partly removed. There's the Union Douaniere de l'Afriue de l'Ouest, founded in 1959 and a precursor to the Economic Community of West African States (ECOWAS) comprising 15 states.

The Southern African Customs Union (SACU) can serve as yet another example. But if you look at the map, you'll realize the difficulties that trade partners are faced with. How are SACU member states going to organize trade flows with western and eastern African nations?

After all, the distances to cover are huge. The rail system is not in good shape and the streets are often in a pitiful condition and chronically congested. Huge traffic jams at border crossings are part of the dilemma. A truck ride from Cape Town in South Africa to the capital of Burkina Faso, Ouagadougou, takes more than 10 days for 8,200 kilometers (5,095 miles).

Kannengiesser notes that inner-African trade hasn't played a big role economically. While European nations export 70% of their goods and services to countries on their own continent, it's just 16% in Africa. "There's a lot of room for improvement," noted Kannengiesser.

But by founding the AfCTFA, Africans are sending out the right signal at the right time, Kannegiesser believes, arguing that free trade and open markets will continue to be prerequisites for people's well-being in the 21st century.

He emphasizes that while the US president thinks little of multilateral trade agreements and torpedoes them whenever he can, the African accord "represents a very positive signal."

Obviously, the European Union serves as a role model for the African initiative. While the road to a single market may be long and bumpy, he thinks "it's in the interest of Europeans to see Africans leave the fragmentation of their markets behind."

AfCFTA is expected to make Africa more attractive as a target for investments. "There will be economies of scale, making it easier for German companies to operate in Africa," the expert said.

Success a sure thing?

Kannengiesser is certain that creating such a large free trade zone will not be easy sailing and will take a lot of time. "But the political will to achieve this is remarkable."

Africans, he's convinced, have realized that they can only face their economic challenges by acting together. "The AfCFTA initiative will be a success."