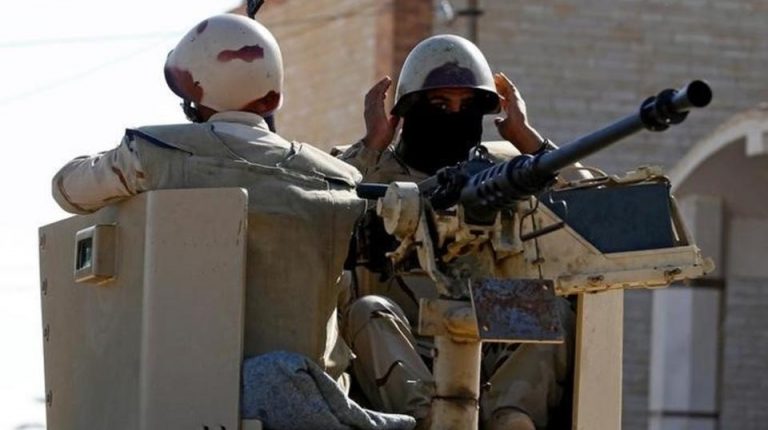 Egypt’s armed forces spokesperson, Tamer Al-Refaei, denied the outcomes of a recent report issued by an international non-governmental human rights organisation, on violations during the Egyptian army’s operations in Sinai against terrorist groups.

Speaking to the state-run agency MENA on Tuesday, Al-Refaei said that “some politicised organisations seek to defame the image of Egypt and its army through fabricating such reports.”

He added that the armed forces have taken into consideration international standards regarding human rights on protecting civilians during military operations against terrorists, and conducting airstrikes outside residential zones.

On Tuesday, the Human Rights Watch claimed in a report that Egypt’s security forces have committed violations and “war crimes” against civilians in Sinai. The report “If You Are Afraid for Your Lives, Leave Sinai!” It also accused the security forces of mass arbitrary arrests, enforced disappearances, torture, extrajudicial killings, and possibly unlawful air and ground attacks against civilians.

The organisation called for western countries to stop its military support to Egypt.

On February 2018, Egypt’s security forces launched the extensive military operation in Sinai, aiming at targeting dens and ammunition storages that are being used by terrorists, according to the first statement from the armed forces. The operation includes navy, air force, and infantry forces.

“A buffer zone on the border line was built in line with cabinet resolution Number 1008 of 2015, as well as compensating those who were harmed -as a result of the decision- and received new housing units by the governorate of North Sinai,” Al-Refaei said.

He stressed that the armed forces have supported the state’s developmental projects in Sinai in all fields in order to ease and enhance the lives of people in the region and provide job opportunities.

The armed forces have destroyed the infrastructure of terrorist groups, and restored life to normal in North Sinai, according to Al-Refaei.

The HRW’s report pointed out that the Sinai Province terrorist group affiliated to the Islamic State group had conducted indiscriminate attacks in populated areas, killed hundreds of civilians, and led to the forced displacement of residents.

“Sinai Province members were probably responsible for a November 2017 attack on the Al-Rawda Mosque in North Sinai that killed at least 311 people, including children–the deadliest known attack by a non-state armed group in Egypt’s modern history,” read the report.