Laylat Al-Qadr (the night of decree)is the night sought by Muslims all over the world. It is better than a thousand months. The customs are different for each country to celebrate the arrival of the night said by the Prophet to be one of the last 10 days of Ramadan, while a large number of scholars said it is the night of the 27th of Ramadan.

Mosques are decorated in the last 10 days of Ramadan in preparation for the reception of Laylat Al-Qadr, and mosque workers begin to receive hundreds of worshipers in an atmosphere of spirituality. On the night of the 27th of Ramadan, worshipers in the mosque continue praying until dawn. Some scholars are honoured during the international competition for the Holy Quran and are usually celebrated. The President of the country addresses the people to celebrate.

The ways of the celebration of the presidents of Egypt have varied, such as celebrating with the family and his hometown, and some travelled to Mecca, while some of them celebrated with the people at an official ceremony. 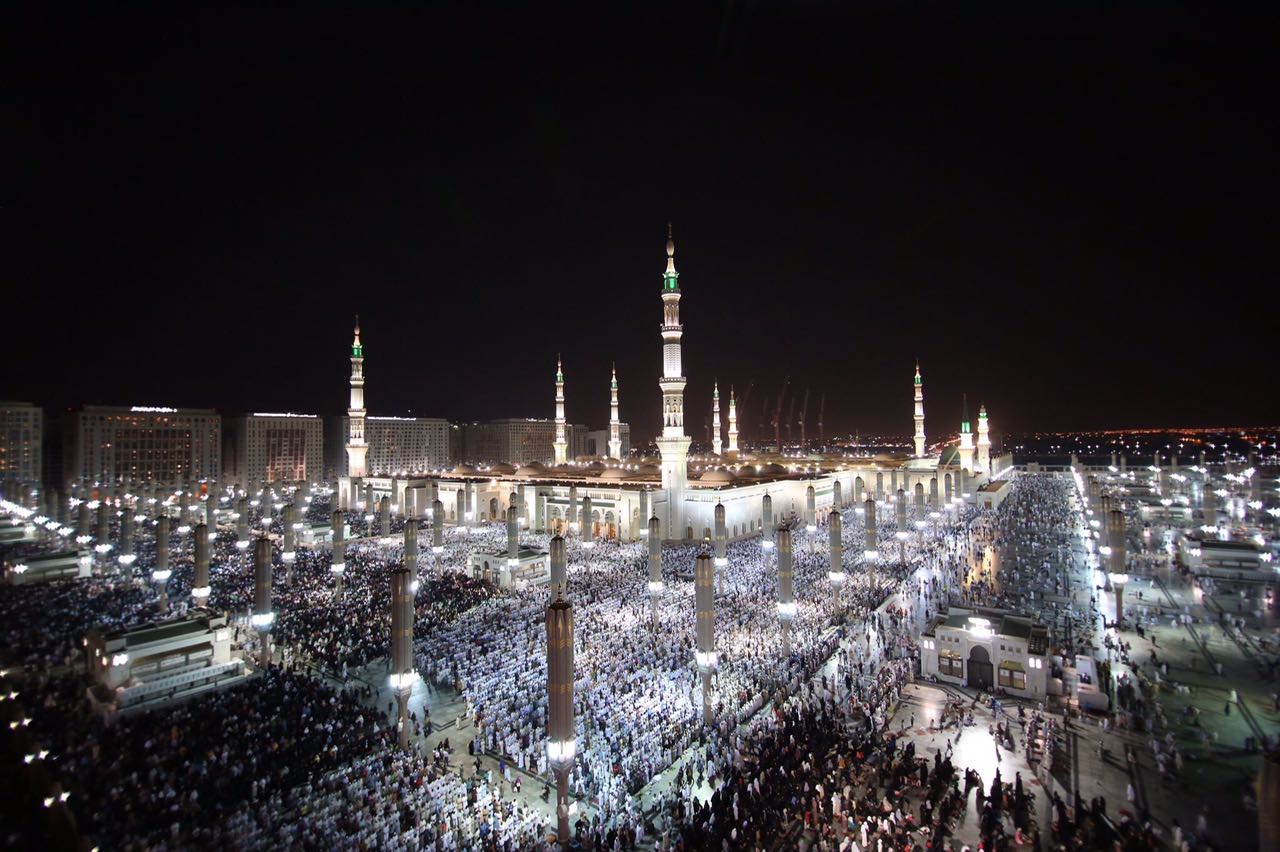 When the last 10 days are approaching, mosques are crowded with worshipers in preparation for Laylat Al-Qadr. On the night of the 27th of Ramadan, worshipers inside the mosques continue praying until Fajr (dawn) prayer.

Muslims in Libya refrain from offering Libyan food such as “Bazine and couscous” to be present in one night only this month, the night of the 27th, as women make “bazine” in the countryside and “couscous” in the cities to celebrate Laylat Al-Qadr in mosques.

The rituals of the people of Morocco

The rituals of Laylat Al-Qadr in Morocco differ from most countries. Each region is characterised by its own rituals, from the reception of Ramadan and the preparations. However, the celebration of the Laylat Al-Qadr is very similar. All regions of Morocco gather to celebrate it between the 26th and 27th of the month of Ramadan.

This evening is characterised by a spiritual atmosphere where mosques are filled with worshipers until early dawn. Moroccan families buy good types of incense to decorate houses and mosques. They then go to visit the graves, their families and relatives to take care of them, carrying dates and dried figs.

Moroccans are also very interested in children that night. Parents encourage children to fast for the first time in their lives. Families celebrate this event by buying traditional clothes and drawing henna on their hands and taking them to the neighbourhood photographer to take pictures.

It is interesting to note that children start eating a full egg tonight after their parents just fed them half an egg because they do not fast, to indicate that they have moved to fasting. Families also prepare cousins and distribute food to the poor at the gates of mosques.

In the last 10 days of Ramadan, the people of Algeria are accustomed to go to the shores of the sea and to light candles of different colours along the beach. Single girls and even married women extinguish the candles with seawater, and each wishes a different wish, either for marriage or for having children or healing from a disease, repeating a specific prayer.

The people of Tunisia celebrate by marriage. This night, the fiancé presents gifts to his fiancée or the couple goes out together to buy gold ornaments for the wedding.

Families take advantage of this opportunity for circumcision, and then the children are dressed in traditional clothes and a fez with money inside it.  Wealthy families also circumcise young people in poor families and public events are organised. 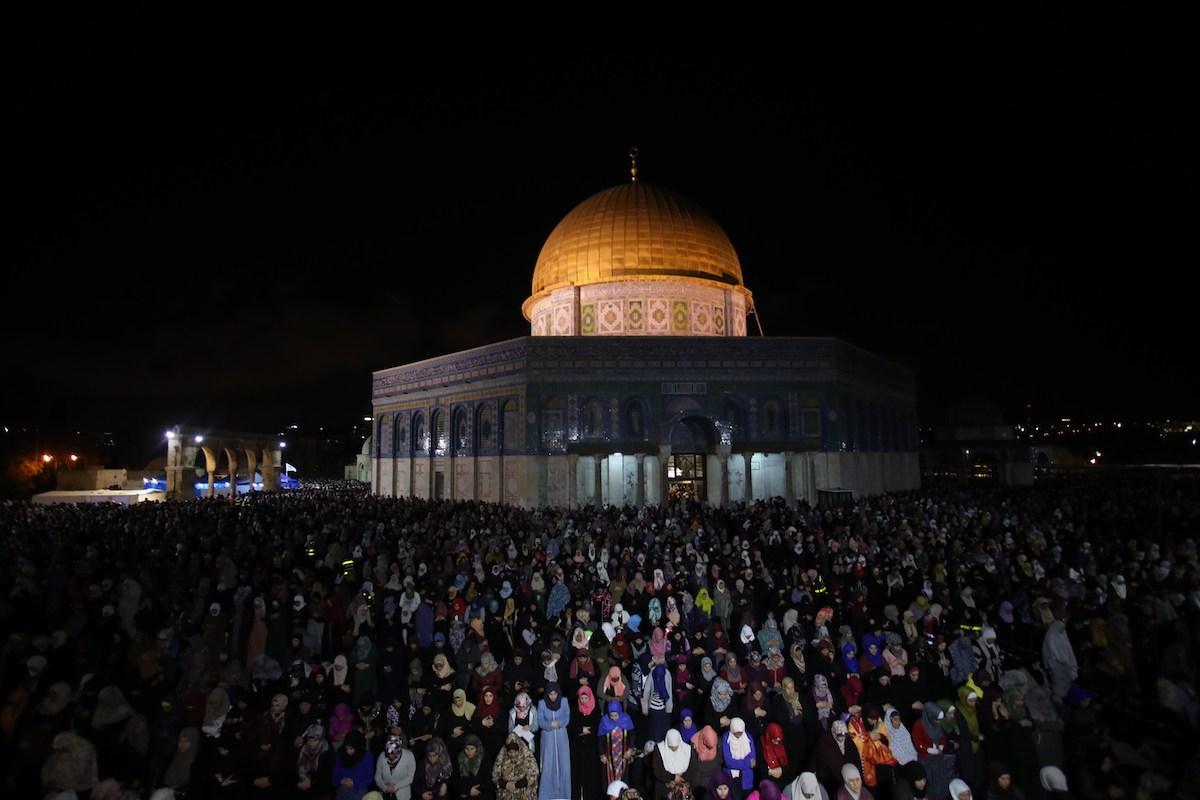 On this night, Mauritanian families ignite certain types of incense to expel evil and evil spirits. Needles are heated and used on specific parts of children’s bodies to avoid devils.

Mosques are complete with worshipers, and families are keen to spend the whole night inside the mosque and take children to participate. Some distribute books and offer campaigns to introduce the Islamic religion and its ethics. They stay at mosques until dawn praying.

The Turks wait for the coming of Laylat Al-Qadr, like most of the peoples of the Islamic world, where the Turks are keen to exchange greetings with each other.

Thousands of Turkish Muslims and Balkan citizens gather to take part in the revival of Laylat Al-Qadr in the historic Süleymaniye Mosque in the state of Adrineh in north-western Turkey. Süleymaniye is an architectural masterpiece of Ottoman architect Sinan Pasha. Other mosques are also very crowded on this blessed night, and it is revived by reciting the Quran and performing acts of worship and singing songs and lessons after the evening prayer.

Iranians are very interested in the Laylat Al-Qadr and people go to the mosques to raise their hands by praying to Allah and repenting and weeping till the morning. The government also allows them to arrive two hours late to work on the following day.

The Iranians celebrate the night on the 19th, 21st and 23rd nights, as well as on the 27th day. They have events celebrated by the Shiites in the month of Ramadan, the 19th day, the anniversary of the beating of the emir of the believers on Ibn Abi Talib, the 21st day for the martyrdom of Imam Ali as the last Friday of the holy month of Ramadan called Jerusalem, in which millions of fasting people take to the streets in the marches against Israel and its atrocities.

In the last 10 days of the holy month, the Muslims of India perform prayers at mosques. Muslims are very much interested there to observe Laylat Al-Qadr and consider it the night of the 27th. They prepare for this night as if it is the night of the feast where they wear new clothes. They pray and read the Quran. On the morning of the 27th, they visit the graves and read the Quran to the dead collectively.

Muslims in Thailand believe that the occurrence of Laylat Al-Qadr comes with the appearance of universal signs, such as the curvature of trees. And, if a man sees these appearances and calls for Allah, he will be answered immediately as long as he seeks only one thing. The 27th of Ramadan is also when Muslims there finish reading the entire Quran.