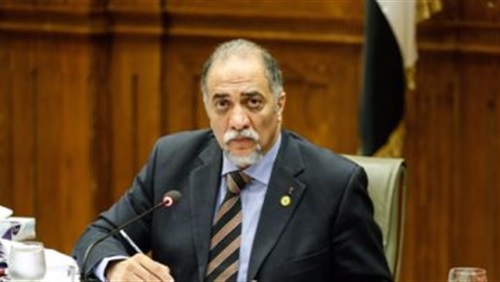 The parliamentary committee of social solidarity on Thursday will discuss a draft law, submitted by MP Abdel Hadi Al-Qasabi, head of the committee, to establish a fund to support Egyptian women.

The general secretariat of the parliament said on Tuesday that the committee will hold a joint meeting with the committees of planning and budget, and the constitutional and legislative affairs to discuss the draft law.

The committee approved the law in principle on 16 May in the attendance of Al-Qasabi and other members of Egypt’s Support coalition.

In a press statement, Al-Qasabi said that the bill aims to provide better health care for women and boost women’s empowerment in the political scene, pointing out that this law is specific to women’s support, and comes in recognition of their role in the society.

He noted that the committee is waiting for other parliament members’ comments on the bill, noting that the political leadership has been paying great attention to women in the last period, while the parliament issued a law criminalising women’s deprivation of inheritance and the Civil Service Law, which affirmed the right of women to have maternity leave for four months for three times during the period of their service.

President Abdel Fattah Al-Sisi considered 2017 the year of women, and ratified the law of organising the National Council of Women. The new constitutional amendment approved in April provided the allocation of 25% of the seats of the parliament for women.