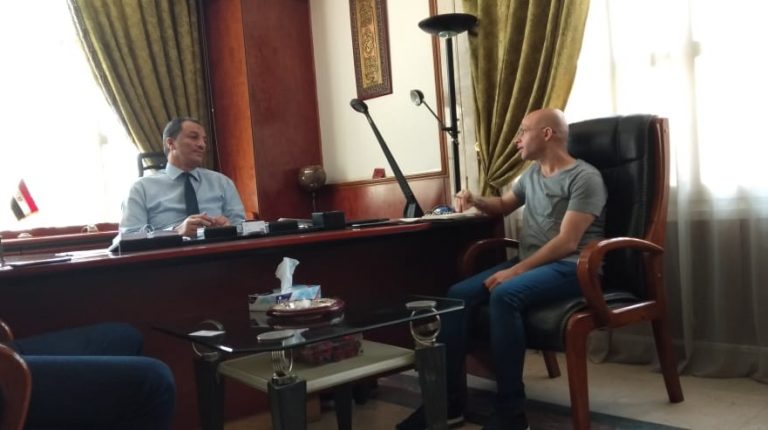 The New Egypt Gold Group is one of the leading Egyptian companies in the gold and jewellery industry. It has six different companies under its umbrella and accounts for 30% of the gold industry in Egypt. The company is studying the products and specifications of its products in order to adjust them to the low purchasing power of citizens after the floatation of the exchange rate.

A mechanism has been put in place to protect the duplication of its products and protect consumers’ rights, as the company, like its peers, suffers from lack of market control.

Daily News Egypt interviewed Managing Director of the New Egypt Gold Group, Khalid Khalil, to learn of the company size, investment and acquisition of the market and the most important problems they are exposed as investors in the Egyptian market, the transcript for which is below, lightly edited for clarity: 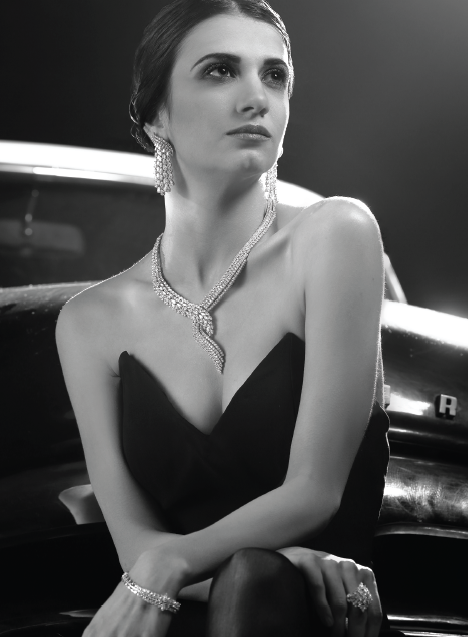 What is the size of companies’ acquisition of the Egyptian gold market?

The group accounts for 30% of the volume of local production according to the stamp and balance sheet data. Production in 2018 reached 9.6 tonnes of gold through eight operating cycles, as the company owns 1.2 tonnes of gold. Since its inception, the group has been reorganising and arranging the gold industry in Egypt through a two-pronged strategy, the first of which is the manufacture of a local Egyptian product of foreign quality, and it has imported expertise and technology to produce similar products manufactured abroad. The second axis is to invest in the human element, through the rehabilitation of employment and training by foreign experts, to create cadres capable of manufacturing a distinctive Egyptian product and compete with importers.

When was the New Egypt Gold Group established? How many companies are under its umbrella?

The New Egypt Gold Group was founded in 1935 by Abdel Razek Nassar. It began with the retail trade of gold jewellery in the city of Suez. The family moved to the Cairo gold market in 1960, and established a small factory for the production of goldsmiths in 1980. In 2003, the company established the Iram diamond jewellery brand. In 2007 BTC was established in Dubai, a company specialised in investing in pure gold and trading on behalf of investors in Egypt and the Arab region. In 2014, EG Diamond launched a wholesale diamond sale and collaborated with HRD International Laboratories to organise international diamond training and certification courses. The group has six diversified companies: Egypt Gold for Gold Works; Egypt Diamond for wholesale diamonds; Iram for retail diamond jewellery; BTC for bullion and gold coins trading; Egypt Silver for silver jewellery, and Egypt Concept for packaging and decorations.

Do you have new expansions?

In the framework of the expansion plan to acquire the largest sales in the Egyptian market, two factories were opened: Egypt Silver for silver jewellery with investments of EGP 150m in the first phase, whose workforce could increase in the coming period to 350 workers. Toward the end of last year, the group opened the Egypt Concept factory, specialised in the gold and jewellery industry, including the packaging of bullion and gold coins, with the manufacture and packaging in line with the quality of the produced parts, as well as buildings’ facades, exhibitions, and other supplies. The investment value of the first phase of the factory is EGP 25m with 75 employees. The investment value could exceed EGP 50m in the current year and raise the number of workers.

The Egypt Gold Factory is considered a transformation in the industry from the concept of the workshop to an integrated factory which includes all the production stages on an area of 20,000 sqm with 1,600 employees working with the latest technology that meets international quality standards adopted in the field of gold and jewellery.

Does the company depend on bank financing?

The group has not received any bank financing since its inception and relies on its investments and production. 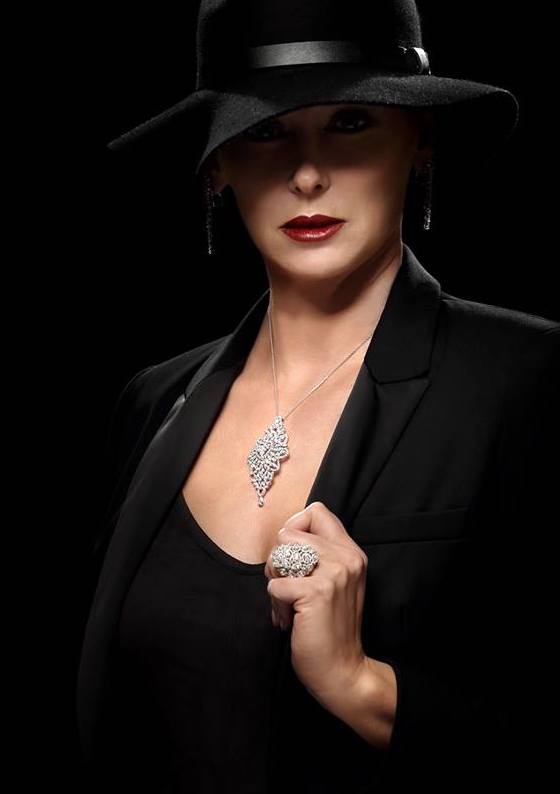 What about the role of the Training Centre?

Egypt Gold Group has a training centre which was opened in 2000, which includes the best foreign expertise to educate and qualify Egyptian workers at all stages of production in order to manufacture a product similar to products manufactured abroad. The centre is one of the activities of the company within the professional responsibility toward the industry, to pump qualified and trained labour to add to the market. The number of trainees from the time of its establishment until 2017 is about 3,500 trainees. Most of the workers within the gold market are graduates of the training centre. The group has entered into a partnership with the Industry Modernization Center in the ministry of industry and trade. The company is currently developing a plan to maximise the utilisation of the centre in the rehabilitation and training of local workers in the gold industry.

Have you thought of putting the company on the Egyptian Exchange (EGX)?

We have prepared a study for listing the company’s shares on the EGX but the plan was deferred for the current period.

How does the float of exchange rate affect the cost of gold jewellery production?

By how much did the company raise the gold craftsmanship fee?

The company raised the value of wages of gold processing by only EGP 1.5 per gram of gold 21k, according to the company’s reduction of profits to overcome the recession and low purchasing power of citizens, as gold currently is a low priority for consumers and the increase in salaries will remove gold from consumers’ priorities.

How did you face the recession experienced by the gold market, and keep the company’s market share?

We prepared a study of internal costs and the development of economic solutions to save as much as possible and avoid burdening citizens. We also conducted several studies aimed at transforming threats into investment opportunities to maintain the company’s market share. The product specifications were changed. Lightweight gold products were introduced. In addition, the cost of production was cut. The company utilised the Italian Electron Form Technology to produce bigger hollow light pieces which match consumers’ taste and budgets.

What are the most important problems facing gold companies in Egypt?

There are problems in the provision of real data and statistics on the gold market, as the proliferation of smuggling and increased stamping operations outside the concerned authorities has created a parallel informal market. Manipulating gold carat is also one of the most difficult problems facing manufacturers. Companies buy a 21-carat gold as 875 shares. After analysis and examination, it turns out that they are 860 shares, which increases the company’s costs. There is also a problem of trading forged gold coins, as the carat is reduced by 18 shares. These coins are not exhibited at shops to avoid inspections.

Do you have a problem with the duplication of Egypt Gold trademarks on counterfeit products?

The company’s exposure to campaigns organised by some workshops to the trademark of Egypt Gold led the company to improvise ways to protect its products and put some marks that make it easier for consumers to identify genuine products, including an Egypt Gold sticker. This sticker is a barcode not only a trademark, which carries all details of the jewellery and cannot be removed. The jewellery are also stamped EG, next to which are the details of the pieces’ carats engraved by laser or glued to out stand. Next to the logo is the company that manufactured the piece, such as Ecat. Labella, or Amor.

Does the market need a mechanism to control the price of gold?

Gold prices are subject to speculations, and the market declares unrealistic prices but no sales or purchases are made. The company’s responsibility propels it to try and control the market and put a mechanism to price gold, as prices change according to global prices and the exchange rate while market prices are unreal.

Does the Egyptian consumer accept gold for investment purposes?

The Egyptian consumer has a saving culture and accepts the bullion and gold coins in order to preserve the value of money, due to the low craftsmanship. The group hence launched BTC to invest and trade in gold and silver bullion to regulate the market and transfer workshop products from unconsolidated alloys to a product of high quality. Moreover, the company is currently considering a plan to develop and use the latest safe packaging systems for alloying and pounds to reduce chances of duplications or changing carats. Packaging also saves the products from scratches.

What about offering low-karat gold crafts? Will the Egyptians accept it?

Egypt Gold is the first Egyptian company to manufacture gold jewellery of 18 karat, and suffered heavy losses when it put them in the market for the first time, and through importing modern technology and experience to operate production lines, it became a real competitor of the standard 18 imported from abroad. The change in the culture of the Egyptian society and its turn to the gold jewellery of 18 karat, which is known as foreign gold, and accounts for 50% of the market, but this ratio, however, changes according to the place. Upper Egypt and the countryside still prefer 21 gold by 70%. But in Cairo and Alexandria, 21 gold is only 30% of the market, while 18 gold is more favourable.

What do you think of the 14-karat experience offered by rival companies?

The experience of offering 14-karat jewellery was unsuccessful but could be implemented. We need time for the Egyptian community to adapt to it, especially as the new generation’s perception of gold changes.

The 9 and 12-karat gold bullets are the most heavily traded in European societies, and western women do not accept high karat.

What do you think of the Egyptian gold stamp?

The Egyptian stamp reduces the chances of exporting gold products abroad, by distorting the products through using traditional stamping methods. However, we anticipate improvement of the stamp with the change of the current system and applying a barcode and laser marking.

Do you have retail stores?

The company relies on wholesale and has a large base of customers, while retail shops often include diamond jewellery only through Iram. The company has several branches for wholesale and retail across Egypt in Cairo, Alexandria, Tanta, Mansoura, Hurghada, and Assiut, as well as in Dubai. The company will not establish retail stores to sell gold to avoid conflict of interest with traders and to keep its wide range of wholesale customers.

Transform your brand by transforming the way you talk to consumers

Recession likely to dominate EGX in next two sessions