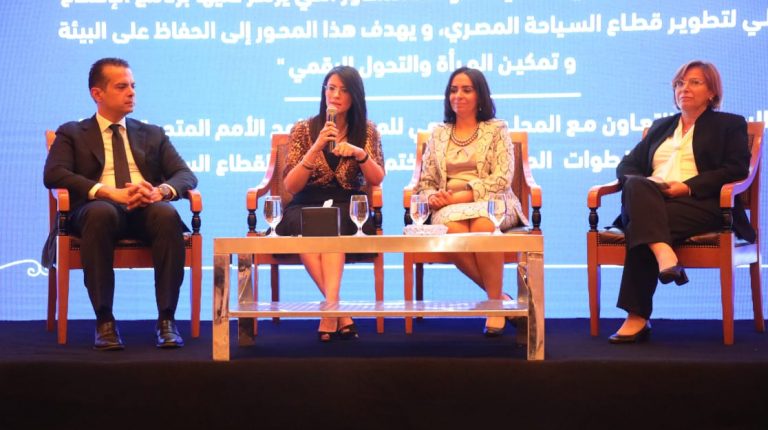 The Egyptian Tourism Ministry, in cooperation with the National Council for Women (NCW) and the United Nations Development Program (UNDP) office in Egypt, has announced its intention to obtain the UNDP’s Gender Equality Seal (GES) in the tourism sector.

The GES UNDP country offices’ aim is to integrate gender equality into all aspects of their development work.

This announcement came during a ceremony in which Egyptian Minister of Tourism, Rania Al-Mashat, explained the requirements and the steps for obtaining the GES.

She explained that the fifth pillar in the tourism reform programme that was launched by the ministry in November, is focusing on global tourism trends which include promoting the economic empowerment of women by increasing the female workforce in the tourism sector.

“Tourism can empower women, particularly through the provision of direct jobs and income generation from various sources and can be a tool for women to become fully engaged and lead in society. This can be achieved through some policy tools including diversity management, in addition to awareness campaigns for fighting sexual harassment, as well as spreading non-discriminatory values in staff recruitment and training,” Al-Mashat added.

The minister asserted the ministry’s keenness to increase the number of women working in the tourism sector, referring to the cooperation between the ministry and the private sector in this regard, especially in the field of training, and providing a suitable working environment for women.

For her part, the president of the NCW, Maya Morsi, revealed that Egypt is the first country in the world to launch the seal of equality in the tourism sector, and many countries will benefit from Egypt’s experience.

Morsi stressed that there are many women who became pioneers in a number of fields that have been occupied by women for the first time, and are taking part in decision-making.

Talking about women’s achievements, the president of the NCW noted that it is the first time for women to become the president’s advisor for national security affairs.

She also emphasised that women currently represent 15% of the parliamentary seats in 2018, up from only 2% in 2013, which is considered the highest percentage ever in the history of the Egyptian Parliament.

Proudly, Morsi disclosed that girls currently represent 54% of the university students, while 46.5% of those holding a master’s degree and a PhD are women.