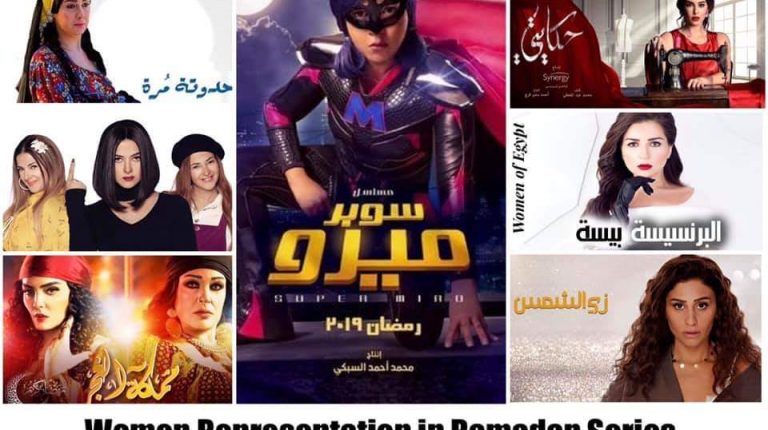 Ramadan dramas witnessed a decline in violence against women, as well as a decline in the use of profane language in portraying negative images of women, according to the initial indicators of  the National Council for Women (NCW), which include monitoring results for the image of women in Ramadan dramas and commercials.

Earlier, the President of the NCW, Maya Morsi, announced that the council established a committee headed by Suzan Al-Kalini, head of the media committee at the NCW, to monitor the image of women in series, commercials, and programmes to be screened on television during the holy month of Ramadan.

Morsi noted that this committee will prepare a content analysis to produce a report on the media’s treatment of the image and issues of women in regards to the media code established by the NCW’s media committee and approved by the Supreme Council for Media Regulation.

A final report will be prepared by the end of Ramadan, including the monitoring results and recommendations. Subsequently, the analysis will be submitted to the Supreme Council for Media Regulations and publicised in various media outlets.

Furthermore, Morsi stressed the council’s role in taking a strong and swift stance toward any violation which damages the image of women, adding that this monitoring will also include daily printed media.

For her part, Al-Kalini stated that the number of series to be analysed this year are 28 drama series, in addition to advertisements.

She explained that a considerable team was chosen to monitor the image of women in the series of Ramadan 2019, consisting of committee members, in addition to nearly 200 students from the Faculty of Arts, Ain Shams University, from the radio and television, public relations, and library departments.

The NCW revealed in the initial report for the image of women in Ramadan 2019, that series this year, largely abided by the media code for women, which was issued by the NCW in 2017 and was approved by the Supreme Council for Media Regulation.

Following this, the NCW also created a committee to monitor how women are portrayed on television screens, which has been in effect for the past three seasons of Ramadan.

Moreover, the issue of sexual harassment was featured in more than one series, whether verbally or physically such as the series of Weld El Ghalaba, Qamar Hadea, El zoga 18, Princesa Baisa, Mamlaket El Ghagar (kingdom of Gypsies).

Furthermore, the report disclosed that the issue of domestic violence has been the subject of many series.

The NCW`s committee stated that series this season portrayed women with disabilities, some negatively whereas others were portrayed positively.

In addition, the NCW`s committee also monitored the issue of drugs and smoking among women in the series of the “Zai El Shams” (like the sun),“Hekayty” (My story), “Qamar Hadea,”( quiet moon), “Qabel,”(Abel) “ Shaet faisal, Alamet Astafham, “Le Akher nafas (For the last breath), and Hadota Mora.

The series focused more on mature women rather than their childhood or adolescence. The series also were interested more in women in urban areas than in rural areas.

The NCW mentioned that there are 25 series this year, and from them there are only eight dramas which included female lead characters.

Compared to last year, there were 30 series, with 11 dramas which included female lead characters or equal leads between males and females, and where women lead characters were a mere seven.