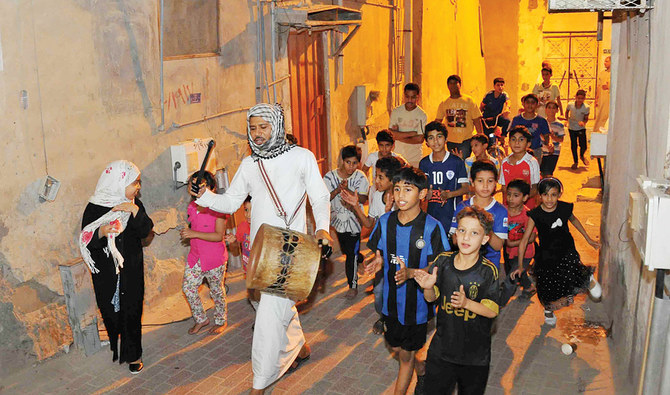 The traditions of the month of Ramadan vary from one country to another, especially in the Gulf countries, where there are many ways of celebrating and naming the nights. The inhabitants of the Gulf countries love the customs, exchanging visits, and discarding the differences before the arrival of the holy month. They are also similar in preparing houses to welcome guests on iftar tables and spending Ramadan evenings. 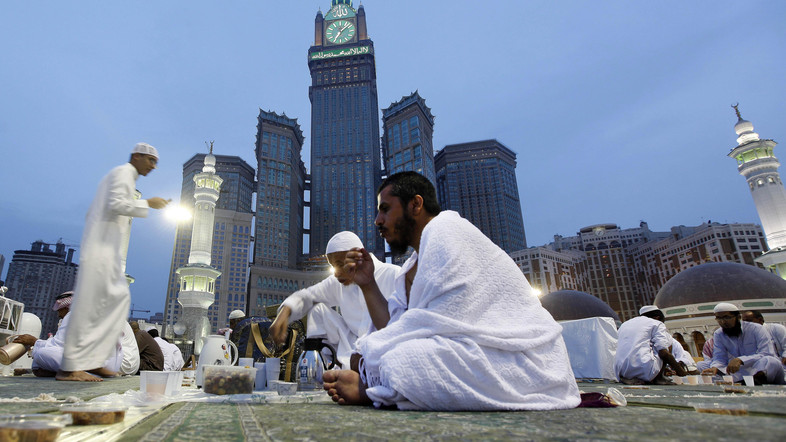 The Kingdom of Saudi Arabia is the most prominent in its customs and traditions in Ramadan because it is the most sacred place for Muslims due to the cities of Mecca and Medina. Many Saudis are keen to spend the holy month in Mecca and Medina and visit it from all cities of the Kingdom, in order to spend the whole month or part of Ramadan there, as spirituality is unparalleled in these two patches of earth.

Kuwait, the country in the north of the Arabian Gulf, is known for its early preparations for Ramadan. Older men, young people, and those who enjoy a vacation from work, must be present in a certain diwans and are often attached to houses there.

Diwans in Kuwait are places where men meet. In Ramadan, they turn into boards for preaching, advice, and guidance, and narrating the stories of the prophets, the companions, and the scholars.

In the markets of the Sultanate, the colours of Ramadan goods are varied to attract attention and there are essential natural materials for juices and sweets from India, Iran, Pakistan, and China.

The UAE is characterised by iftar on the ground and it has a special character in Ramadan, where tents and trailers are spread on the ground, and on the coasts of the sea as well. 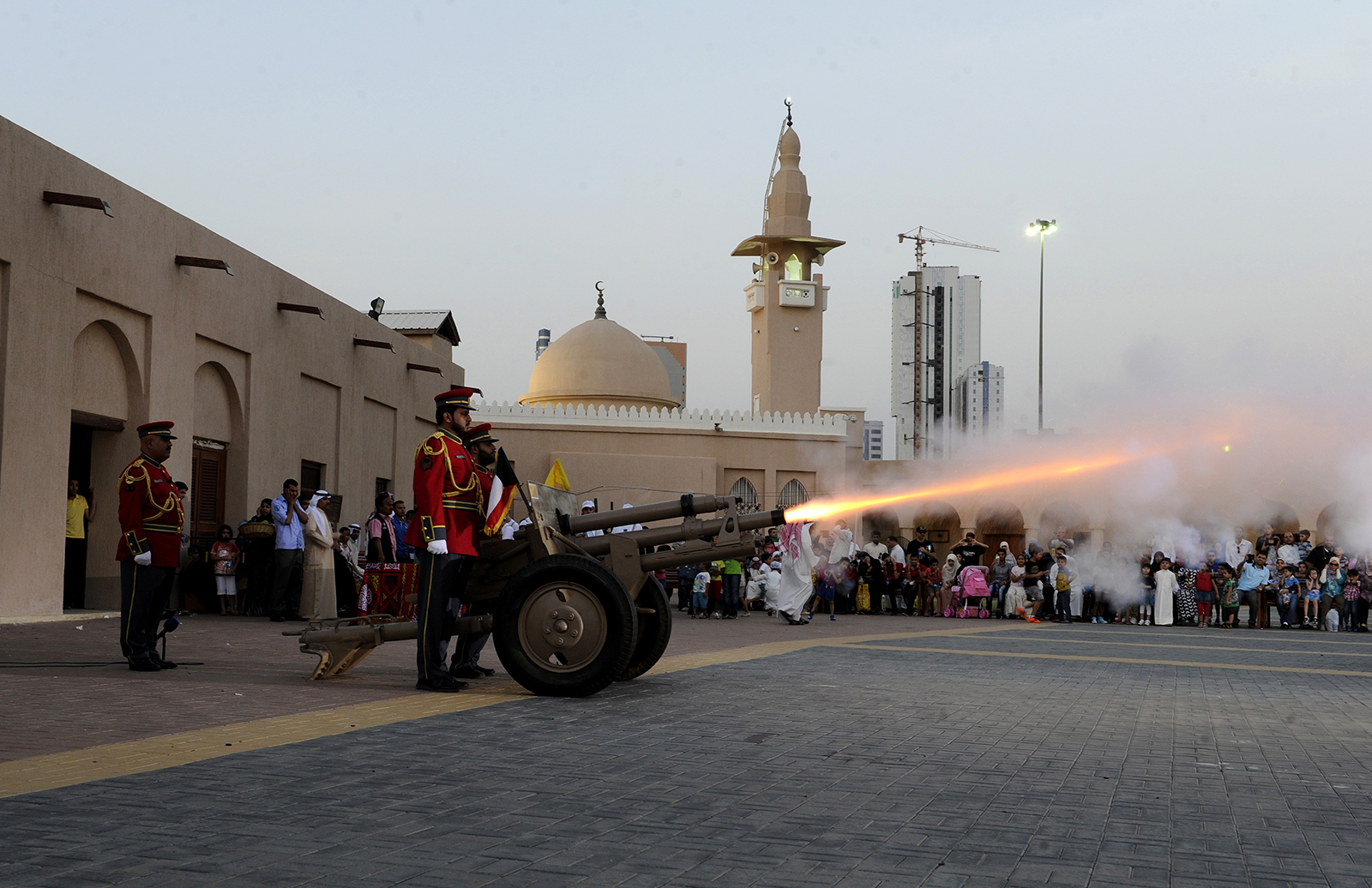 In Bahrain, the youth of the same neighbourhood meet in tents prepared for the Ramadan iftar, and the familiarity increases and differences and hatred are lifted. The poor do not feel different from the rich; they all sit next to each other, eating the same food.

One of the most important customs in Qatar and the rest of the Gulf countries is usually known as “Ghabqa”. It is a well-known tradition in the Gulf region, and the families invite people to their tables after the Taraweeh prayers wearing their national garments. It is one of the ancient and traditional customs.

In the past, the Ghabqas were held in the same neighbourhood, where the people of the neighbourhood gather in one’s house or tent. The men eat and then the women. Men converse and listen to the sermons of the elders. The iftar tables spread the spirit of peace where people meet.

The word -Ghabqa is a late Ramadan dinner preceding suhoor, which is a correct Arabic word. It came from Ghobuq, the camel’s milk that is drunk at night.

In the middle of the month, Gulf families hold a celebration to encourage children and reward them for fasting.

In this social event, children celebrate by going around the village after sunset. They move from one house to another, asking for sweets or money while singing special rhythms which might differ from one region to another. Children, in this tradition, sing inherited rhythms such as “Qaranqasho yo nas, atona shwayat halwah” (Oh people, Qaranqasho time, give us some sweets), followed by “doos doos fi almandoos, hara hara fi a’sahara,” an almost meaningless song but with a pleasant rhyme to urge house keepers to give out sweets. Accordingly, house residents give out some Omani sweets or money to the children. In return, the children will sing another song praising them. 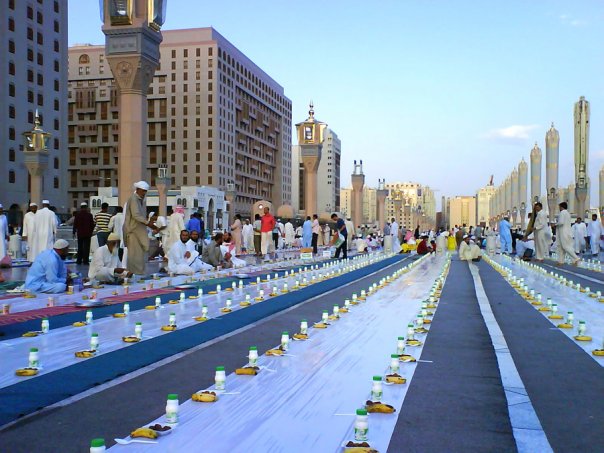 The name of this night varies between the Gulf states. For example, in Qatar, it is known as “Qarnqawh”. In Kuwait and the eastern side of Saudi Arabia, it is called “Qarqayan”. In Oman it is named Qaranqasho.

The origin of the word is to Qorat El-Ain (Watercress) in Ramadan, which means human pleasure and feeling satisfied, but the name changed over time to indicate the knocking of children on house doors.

Among the traditions, girls’ clothing must differ from that of boys, so that the girls’ dress is a headscarf of light cloth embroidered with gold thread, accompanied by gold jewellery as well, while wearing a white headdress or a hat.

Some families provide children with the so-called Eidet El-Eid. These celebrations are held from the Maghreb of the 15th night of Ramadan until the time of suhoor. 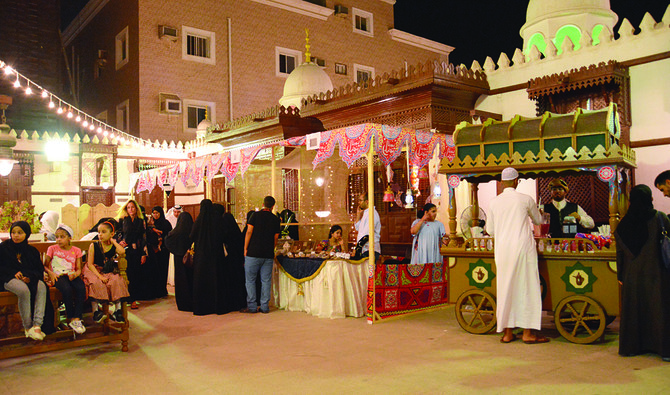 In some countries, girls and boys clothing depends on the folklore of the country, away from the gilt and gold-threaded clothes, to express the country’s cultural and historical destination.

With development, there has been some difference in the celebrations of Gargee’an, where the gates of the streets and small neighbourhoods are also areas for the distribution of candy and nuts to children, and in high-end areas they distribute cans and contains gifts with sweets and nuts.

In some countries, such as Oman, malls and parks hold celebrations attended by children and families, who are given candy and gifts as they sing. They also hold competitions between children. In all countries, the way rich people celebrate it is at wedding halls by inviting families, friends, and neighbours.

In the past, all of these rituals were accompanied by the decoration of houses and the renting of folk bands to dance and sing. Each house keeps a basket full of candy and nuts with a cup in the middle used to give children an equal share of sweets.

Noor: A ray of light for Arab audiences

For Arab viewers, politics and religion lose out to a soap opera