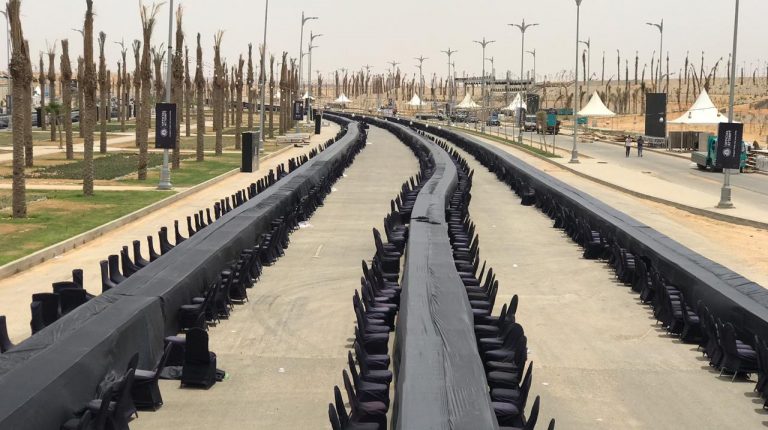 Egypt beat a Guinness World Record with the longest Iftar table, held on Saturday in the New Administrative Capital.

The 3,000-metre-long table offered food for 7,000 people, including the representatives of the Guinness World Record, according to a statement by the Administrative Capital for Urban Development (ACUD).

Khaled El- Hosseini, ACUD spokesperson, said in a statement on Friday that the visitors roamed the new capital before the Iftar to explore its famous landmarks and the biggest residential compounds.

“We plan the event to see the light in a remarkable, unique way with the attendance of the Administrative Capital’s investors and developers,” he stated.

The night was followed by a number of shows and oriental music event.

President Abdel Fattah Al-Sisi laid the first stone of the New Administrative Capital project in East Cairo, in October 2017 with an area of 170,000 feddans, of which the first phase accounts for 40,000 feddans. Al-Sisi said in his speech during the launching ceremony that the new capital comes in the framework of the state’s comprehensive development plan.