Interviews Egypt is a very important market for us, we are committed to the success of our Egyptian franchise: Renaissance Capital
Pin +1 WhatsApp Tweet Share Share Jobzella Email 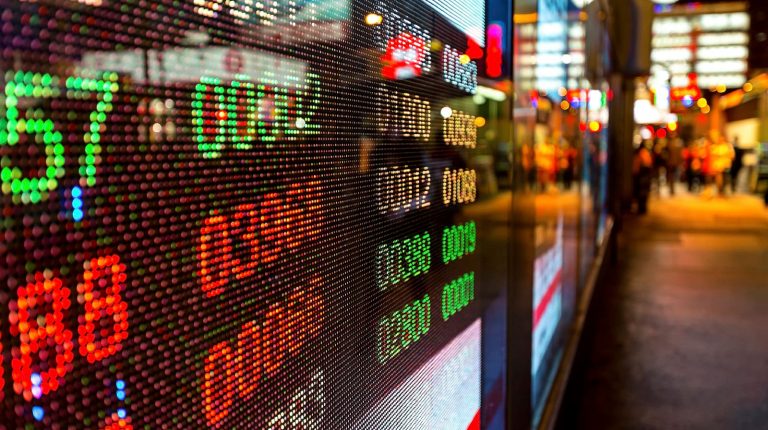 Emerging markets (EM) have been confronted by several near-term challenges, resulting in valuations that were approaching crisis levels by November 2018. To better understand how EM will perform in 2019, and to unearth the prospects of African capital markets, Daily News Egypt interviewed Ruslan Babaev and Anna Vyshlova, Co-Chief Executive Officers of Renaissance Capital.

What is the importance of this year’s conference, taking into consideration South Africa’s reforms, including pensions and investments?

Babaev: This is the fourth year in a row that we have held our North Africa Investor Conference here in Cape Town. The biggest reason, besides the reforms, is the South African client base, which is one of the continent’s most active. Outside of South Africa, Egypt has one of the most liquid markets in Africa, ahead of Kenya and Nigeria. Egypt trades between $40mn and $60mn a day, while the other two markets trade, on average, between $10mn and $20mn only.

Considering this from an investment point of view, you would always want to be invested in a liquid market. If you look at the activity on the banking side, it is very important to bring Egyptian corporates to meet the investor client base in Cape Town, given their interest in opportunities in North Africa.

Babaev: In trading, all the markets are interconnected. Last year wasn’t rough for emerging markets only – the S&P fell almost 20% peak to trough. However, the beginning of 2019 has overall been more positive. Dollar strength has been more muted, the Fed and ECB have become more dovish generally, which has supported EM currencies. If you look at tech names, they are up by 30-100% in Europe and the US, therefore the global market backdrop has been positive so far.

Obviously, China has been implementing stimulus measures, which is helping to create more positive momentum. For example, the amount of deals coming from EM on the debt capital markets (DCM) side has increased compared to last year, when there was no single initial public offering (IPO) or secondary public offering (SPO) in Nigeria or Russia. This year, we have already seen a number of SPOs and DCM mandates, and the IPO season in the US and Europe has kick-started. There are always risks, and we go through ups and downs, especially in EM, but it is difficult to generalise as each EM country has its specific story.

So, in your opinion, which EM is set to outperform this year?

Babaev: Egypt has been performing strongly this year, Russia as well, but if you look specifically at Egypt, its performance is dependent on reforms, a recovery of the economy, interest rate cuts and expectations for industrialisation and the consumer market given Egypt’s large population. With Russia, for example, investors like the economic orthodoxy and low valuations but are monitoring the risk of further sanctions; and for Turkey, economic policies are causing some concern, which have clearly not been positive for investor sentiment. South Africa has just gone through elections, as well as Nigeria, and some investors are taking a wait-and-see attitude until the new cabinets are formed in both countries.

Egypt is quite well positioned, as long as it can maintain momentum, continue reforms, get companies into the market and continue privatisation.

How do you view the Egyptian economy following reforms? What does Egypt need to attract more FDI?

Vyshlova: I think that Egypt is probably the best reform story coming out of EM. This is driven by the fact that the government made very bold economic reforms and did not just address short-term issues with short-term solutions. It addressed structural issues with long-term fixes, such as subsidy reform. Examining the key economic indicators, in terms of GDP growth, unemployment, deficits and foreign investor appetite, improvements are visible across the board.

In terms of FDI, we need to distinguish between FDI into the oil and gas sector, which historically has been strong, and other FDI. In oil and gas, FDI has been strong recently, while other sectors are likely to gradually improve.

Can you rank EM from your perspective?

Vyshlova: In frontier markets, we are overweight on Vietnam, Kazakhstan, Georgia and Egypt. The top-performing EM countries so far this year are Egypt, Russia, Saudi Arabia, China, Colombia and South Africa. The recent move upwards in oil prices is positive for Russia. For South Africa, we are cautiously optimistic on the equity market for 2019, and the new cabinet is the next event to monitor post election.

As a firm, we are 100% focused on frontier and emerging markets, which have always formed the core of our company’s DNA. These are fast-moving markets and the most important thing here is to seize opportunities once they emerge. It is more about diversification rather than ranking.

Does Renaissance Capital plan to enter new markets in 2019?

Babaev: We are always opportunistic, so we never say categorically that we are not going to enter any market, but it needs to make sense and fit our core strategy. Currently, we are not looking at any particular new market.

Vyshlova: We have sufficient resources and expertise to quickly decide whether to have a local presence if we see an opportunity. We are focusing on where we can add value and where we have an edge.

How do you view the Egyptian market and what are your company’s plans there?

Vyshlova: Egypt is obviously a very important market for us, and we are committed to the success of our Egyptian franchise on a long-term basis, which is why we have established an on-the-ground presence. We have already strengthened our Egyptian team with Amr Helal, CEO of Renaissance Capital in North Africa. We have Ahmed Hafez leading our local research. Among our most recent hires are Nancy Fahmy, Financial Services research analyst, and Omar Gaafar, Vice-President, Investment Banking.

We are very excited about our prospects in the Egyptian market. We already have several active mandates on the ECM side and in mergers and acquisitions (M&A). As a firm we have the best of both worlds: we offer the international expertise and the local perspective and insight, so we believe that we can add a great value to our clients as one of the few frontier-focused investment banks.

In light of the US April job reports, do you think the Fed will maintain or even cut interest rates?

Relative to European interest rates the US rates seem quite high, but again the US economy has been booming. I believe it is premature to debate whether the Fed will start lowering interest rates. Currently, it appears that the Fed will not implement any more hikes this year. And if it does not, it would be supportive for EM, particularly if the US and China are able to agree on trade.

What history has taught us is that even if interest rates are trending higher or lower, that does not mean that EM will necessarily go one way or the other. In 2004-2007 we saw spectacular returns for EM equities during a time when the US raised rates from 1% to 5.25%, so it’s more about the pace of rate moves and the underlying economic backdrop. Look at Turkey for example, it does not matter what happens with interest rates as this wouldn’t help the economy for other reasons.

What is Renaissance Capital’s target market share in Egypt and other African markets in the next five years?

Babaev: It differs from country to country: in Kenya we are currently the number one broker; in Nigeria we are the number two broker (as of FY18), and in Egypt we maintain leading positions with our international institutional clients. In these markets we aim to always maintain a top-three position, while in other markets we focus on adding value first and foremost. Do you plan to launch brokerage activities in the Egyptian market?

Vyshlova: We trade out of London as well as via local brokerage partners, which is enough for now, but we can always change this approach at any time, depending on markets, clients and progress. Our on-the-ground team in Egypt is now mainly focused on investment banking services.

How do you assess competition within the Egyptian market?

Vyshlova: There are a number of local home-grown players in the market who have been there for 20-30 years. In our view, they will continue to have market-leading positions. However, Renaissance Capital also has a lot of value to add. We are an international frontier-focused investment bank with a unique role to play in the market. In some cases, we can be complementary to some of the local players, in other cases, it is inevitable that we will be competing with them. But I believe there are abundant business opportunities for everyone in the market.