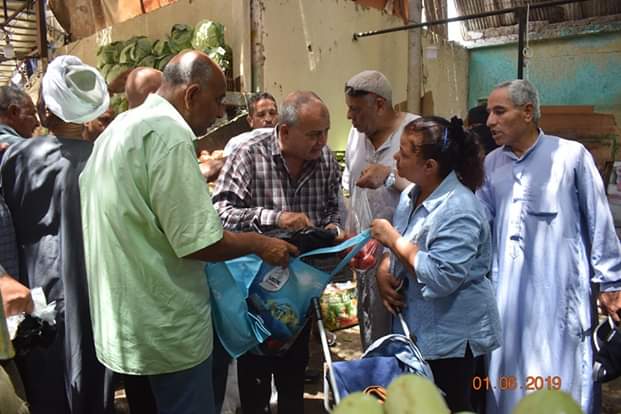 Egypt’s Red Sea governorate took the first steps in the banning of single use plastic campaign in Hurghada, and organised an on ground campaign at one of the groceries in the local market in the city to distribute alternative bags, and cease shops from using single use plastic bags.

The campaign is a part of the governorate’s biggest initiatives in banning all plastic products used for one time, including plastic knives and forks, cups, and straws used in food shops, restaurants, supermarkets, grocery stores, and pharmacies in order to protect marine life from the inevitable death due to the plastic waste ending up in the sea.

With the slogan of ‘Enough Plastic Bags,’ a large number of alternative bags were distributed to the shops, and citizens in order to use instead, explaining the effect of plastic waste on the sea life creatures.

The campaign was declared to be launched in earlier this year in April and was stated to start in June. On the first day of the month, the Red Sea’s governor issued strict rules of organising offline campaigns to follow-up with shops applying the decision, and raising peoples’ awareness of the damages such products have on the marine life and others.

Local media stated that the governor is currently studying the instruments through which the decision can be efficiently applied across all cities.

Two years ago, The Egyptian Ministry of Environment launched an EU-funded initiative called ‘Enough Plastic Bags,’ in order to eliminate the country’s dependency on plastic bags, due to their negative effects on the environment and the economy.

Egypt’s waste output is 16.2m tonnes annually, of which plastic represents 6%, according to the Egyptian Plastic Technology Centre, which is affiliated to the ministry of trade and industry.

Much of that plastic waste ends up in oceans, where it is responsible for killing 1m seabirds and 100,000 marine mammals every year, according to the UNEP. Enormous quantities of plastic particles can be found in the water in virtually every sea and river. It harms marine life by the tiny plastic particles floating in the water. One other problem happens is when fish, seabirds, or marine mammals mistake the particles for food and consume them, and subsequently the fish is then consumed by humans.