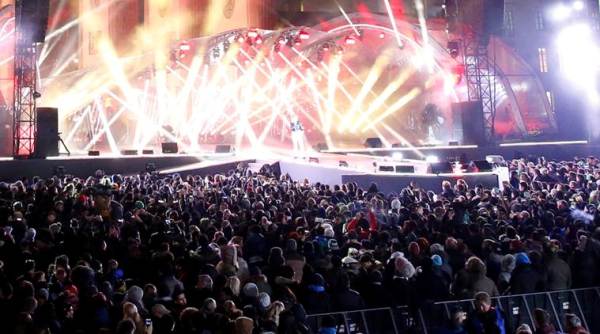 Celebrating the lesser Bairam (Eid al-Fitr), Saudi Arabia is to hold one of the biggest Eid festivals in the Middle East, bringing together 13 artists from across the region to perfrom by the end of the week.

Among the artists are the Egyptians Angham and Mohammed Hamaky who will perform at Dhahran Expo in Dammam.

The festival includes seven concerts over the first two days of Eid on 6-7 June in different cities across the country.

Following the country’s 2030 vision, adopted by Prince Mohammed bin Salman, what was once to be known the world’s strictest countries, when it comes to music and art, has become an open platform for various musical events, after music has been an underground affair for decades.

The concerts will also include some of the Middle East’s most beloved singers: Hussein Al-Jasmy, Asala, Andullah Al-Rweshid, Nawal El-Zoghby, and Ramy Abdullah.

The first official musical concert was held in Saudi Arabia in late 2017, and was performed by the Lebanese star Hiba Tawajy. A year later, Egypt’s pop star Tamer Hosney rocked the country with a huge concert that was sold out a few hours after it’s announcement.