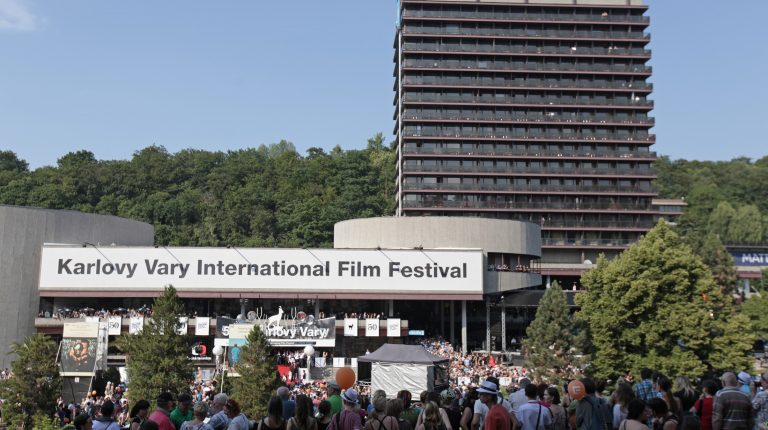 The Karlovy Vary International Film Festival (KVIFF) will honour Miloš Fikejz, respected Czech film expert in Czech, Slovak, and world cinema, columnist, librarian, encyclopaedist, and photographer who lost the fight against leukaemia this year. He was 59.

From the start of his professional career, he was inextricably linked to the KVIFF where he worked as a photographer, specialised editor, and text writer on individual films and filmmakers. From 1996 onward, he was an editorial staff member for the festival’s catalogue, and he helped edit Eva Zaoralová’s The Story of a Festival (2015), which charts the history of the KVIFF.

Also fundamental to his output are the monumental two-volume work Dictionary of Late 20th Century Foreign Film Actors (2003) and the three-volume dictionary Czech Film: Actors and Actresses (2006-2008). Fikejz was also a noted photographer.

“International cinema lost a great friend, passionate ally, and most of all a trained, discerning eye for the soul of the film industry’s leading figures,” wrote Steven Gaydos in his impressions piece for Variety magazine.

His extensive portfolio contains unique photographs of world personalities, including snapshots of Václav Havel in 1987-1989 and photographs from 1994 when he immortalised the as-yet-unknown Leonardo DiCaprio at the KVIFF.

“Thanks to Fikejz and his camera, there’s a record of a very special, human moment in the life of a young actor who went on to become an Oscar winner, tireless environmental advocate, and one of international cinema’s most important artists. But 25 years ago, Fikejz showed us that once upon a time, he was just a boy, enjoying the Bohemian summer of his youth,” recalls Steven Gaydos.

His documentary portraits were not exclusively about film but also took in theatre, literature, and music. Beginning in the 1990s he received independent exhibitions at home and abroad, including Prague, Paris, Moscow, and Budapest. His pictures were published in numerous foreign and domestic periodicals and books.

Miloš Fikejz, originally educated as a librarian, was the embodiment of perfectionism and of systematic and highly professional work. In 1981-2018 he was a specialist at the National Film Archive in Prague where he added his writing talents to the NFA publications Czech Feature Film I-VI 1898-1993, Czech Animated Film I 1920-1945, and Motion Picture Yearbook 1993-2012.

This year the KVIFF will organise an exhibition on the first floor of Hotel Thermal featuring 40 black-and-white documentary portraits of prominent artistic personalities that Miloš Fikejz captured over the years at KVIFF.

Other news from the festival include that Ondřej Provazník and Martin Dušek will make their feature-film debut in KVIFF with the world premiere of Old-Timers, the dramatic story of two aging former political prisoners who set out in a camper van with the goal of finding and killing the communist prosecutor who sent the nation’s elite to its death. Jiří Schmitzer and Ladislav Mrkvička excel in this unusual road-movie.

Following its successful premiere at Cannes, Helena Třeštíková and Jakub Hejna present the Czech premiere of their biographical documentary about the most important Czech filmmaker Forman vs Forman. A Czech documentary veteran Olga Sommerová, will present the world premiere of her portrait of the leading figure of Czech culture, Jiří Suchý – Tackling Life with Ease.

This year’s KVIFF President’s Award laureate, the outstanding cinematographer Vladimír Smutný, will present an example of his work, Jiří Svoboda’s period drama The Downfall of the Secluded Berhof (1983), which was based on the book by Vladimír Körner.

Australia will be represented out of competition by the European premiere of Mystify: Michael Hutchence, a documentary look at the complicated inner life of the charismatic lead singer of Australian rock band INXS.

The documentary competition at the 54th KVIFF will also present eight world and three European premieres. In Spoon, Latvia’s icon of world documentary Laila Pakalnina creates a portrait of the paradoxical contradiction between the long production process and short lifespan of an ordinary piece of plastic – entirely without words but with a subtle sense of humour. Award-winning Czech documentarian Martin Mareček returns with his intimate road movie Over the Hills.

The selection also includes Marc Schmidt’s In the Arms of Morpheus and Todd Douglas Miller’s Apollo 11, compiled using unique archival footage from the first mission to the Moon´s surface. The renewed festival interest in Chinese cinema is illustrated by two films about the transformation of Chinese society: While The Fading Village shows the decline of the countryside, Confucian Dream focuses on the urban population’s exaggerated return to traditional ways of life.

Two projects presented at the industry platform KVIFF Eastern Promises will have their premieres during the Cannes International Film Festival. Ukrainian film EVGE, directed by first-time director Nariman Aliev was developed during the Feature Launch script development programme which is organised by MIDPOINT and aims at empowering talents from the region of Central and Eastern Europe. The project was pitched last year as part of Works in Development and was selected for the Un Certain Regard section of the Cannes festival. It follows father and son as they make a trip from Kyiv to Crimea, deep into the soul of Crimean Tartars.

The Director’s Fortnight independent section will welcome OLEG by Juris Kursietis – a co-production of Latvia, Belgium, Lithuania, and France which was presented at KVIFF Works in Progress last year. A story of a butcher who immigrates to Belgium with a hope to solve his debt problems will have its world premiere in Cannes this year.