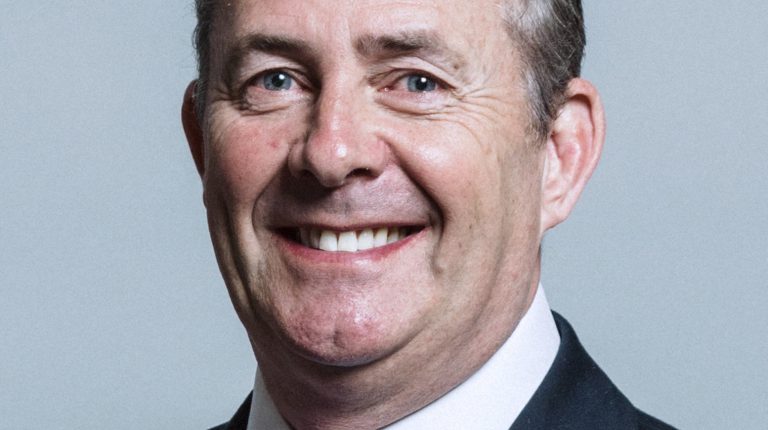 The United Kingdom’s government will discuss with London Bombardier Transportation (LBT) the financing of the new monorail system in Cairo if needed, UK Secretary of State for International Trade Liam Fox, revealed on the sidelines of his participation in the event that was organised by the British Egyptian Business Association (BEBA) last week.

“My discussions in Egypt included Bombardier support as we want to ensure that the implementation of the new monorail project will go well,” Fox mentioned during the event that was attended by very limited media representatives.

Bombardier Transportation will deliver the project in partnership with two Egyptian companies Orascom Construction, and the Arab Contractors, according to a past statement of the British embassy in Cairo, adding that the potential value of the bid for Bombardier Transportation is €1.4bn for the engineering procurement and construction. In addition, there is a 15+15 years operations and maintenance deal with a potential value of about €1.6bn.

Fox’s last week visit to Egypt was his first visit to Egypt since his appointment in 2016. The visit formed part of his tour to North Africa as the UK continues to take forward steps toward achieving its commitment to be the number one G7 investor in Africa by 2022.

Healthcare and education are key areas of British investments in Egypt, Fox noted, adding that he discussed with Egyptian counterparts key areas of future cooperation including agribusiness, the financial services sector, FinTech, and others.

“Trade partners are winners; we can help investments to grow for the benefits of all parties. We believe that trade is not an end itself, trade is a mean to spread prosperity, and achieve social inclusion which is a bridge to political stability and security,” he asserted.

The economic reforms in Egypt are being implemented very well as inflation is declining, unemployment levels are falling while rate of the GDP growth is picking up, Fox highlighted, noting that reforms are being implemented in light of the timeline that is set by the  International Monetary Fund (IMF) which is a good indicator for the foreign investors.

Investors build their decisions on the direction that the economy is on, not only the current point that it is now, he explained, asserting that conditions in Egypt are favourable.

“We see that Egypt is a gateway to the rest of Africa. We discussed with Egypt how to make the country a more attractive destination for investments, which is a key pillar to help the economy to expand, in addition to boosting Egyptian exports,” Fox explained.

The UK is one of the top destinations for foreign direct investments (FDIs) in the world last year, he affirmed, adding the first quarter of 2019 shows positive levels too.

People bring their investments to the UK because it is a systematic environment, predictable, and enjoys a skilled and flexible workforce, he said, adding that the UK has a good taxation system when compared to the competitor countries.

“The UK is a very good model for those who want to be attractive investment destinations as we also have some of the world’s good standards legislation reforms particularly in terms of microfinance and small and medium-sized enterprises (SMEs). The UK government encourages innovative ideas for better future,” Fox stressed.

Ahead of Fox’s visit, the British ambassador to Egypt, Sir Geoffrey Adams, said that the UK is proud to be a leading investor in Egypt, noting, “I am delighted we can demonstrate our support for the Egyptian government’s plans to continue to grow the economy for the benefit of all Egyptians. Today’s visit shows how much will and potential there is for increased cooperation across areas such as education, healthcare, and innovation.”

Both countries agreed on a draft to boost trade relations, says Nassar

For his part, Egypt’s Minister of Trade and Industry, Amr Nassar, said that he had very positive talks with the UK Secretary of State for International Trade, Fox, adding that both ministers agreed to have a draft to boost trade relations in order to be ready for implementing whatever the updates of Brexit are.

“Discussions of boosting trade relations included supporting the Egyptian exports. Egypt is a gateway to Africa. African partners look forward to creating more industries because they are very well educated and want to have more experience and know-how,” Nassar said.

The coming months will witness positive developments of trade relations between Egypt and the UK, Nassar stated.

Moreover, Janet Heckman, managing director for Egypt and Southern and Eastern Mediterranean (SEMED)at the European Bank for Reconstruction and Development (EBRD), said that Egypt was the largest recipient of investments from the bank with €1.15bn in investments in 19 projects nationwide, adding, “one area that I see a potential for British companies is the education sector and vocational education.”

The EBRD is ready to cooperate with any of the UK institutions in the educational sector in Egypt, Heckman noted while Fox commented that the UK sees Egypt has a very good geopolitical position, adding that a stable Egyptian environment supports the increase of UK investments.

The appetite of British companies to invest in Egypt’s future is growing, says Fox

Additionally, CDC, the UK’s development financial institution, announced last week that it has been granted approval by the Central Bank of Egypt (CBE?) to provide Tier 2 capital to the Egyptian banking sector. The approval could see CDC commit as much as $200m to local banks to help increase their support for Egypt’s ongoing economic development. The CDC is the first bilateral development finance institution to be given clearance to provide Tier 2 capital to Egypt’s banking sector.

“The appetite of British companies to invest in Egypt’s future is growing. Last year, we saw the CDC support the Benban Solar Park and this year it plans to commit millions to Egyptian banks to assist them in developing this country’s economy. These investments clearly reflect the UK’s commitment to Egypt and its people,” Fox commented.

The produced filters will be sold in the Egyptian market with a possible expansion to other African countries. The Managing Director of Micro-Mesh, James Underwood, said that Micro-Mesh is very excited by the opportunity to enter into a joint venture with the Ministry of Military Production with the specific purpose of manufacturing gas turbine air intake filters.

“Along with our sales partners at the Advanced Engineering Solutions we look forward to being able to supply our Eurofilter branded air filters direct from our local manufacturing facility in Cairo to service gas-powered stations across the Egyptian and North African markets,” Underwood declared.

“This MOU will enable Micro-Mesh, a leading British company, to share its manufacturing expertise and bring innovative technology to Egypt. I look forward to seeing deeper cooperation between our countries in sectors that employ more Egyptians and expand Egypt’s regional export reach,” British ambassador to Egypt, Sir Geoffrey Adams commented.

Micro-Mesh is a leading UK filter manufacturer that has been producing high quality hydraulic and air filters for a wide range of industrial applications for over 50 years. The company has developed its business by continuously investing in innovative technologies and machinery, and has expanded its export activity to over 35 countries.

Pakistan army says Taliban must not set terms for talks