One hundred drawings by international artists featured in “Cartoons for Future”, an exhibition in Dortmund, Germany, portrays the school strike for the climate, plastic in the sea, mountains of garbage, traffic chaos, water pollution, and the exploitation of developing countries by Western corporations.

The illustrations offer insight into how the global emergency is being viewed from different parts of the world. 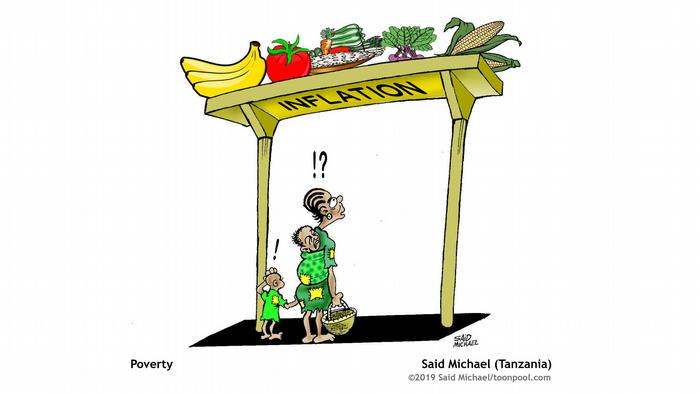 As students in Dortmund have also been taking part in the “Fridays for Future” demonstrations for some time, the mayor of the city was impressed and wanted to show his support for their concerns, therefore, he came up with the concept of an exhibition with curator and artist Bernd Pohlenz.

The “Fridays for Future” demonstration is a weekly protest on the lack of action being taken toward climate change.

“A child who is now 4-years-old will probably live to see the turn of the next century. And then you obviously start thinking about the future,” said Pohlenz, who is also a father of six children and a grandfather of four.

As the administrator of the toonpool website–a collection of nearly 300,000 drawings by 2,500 artists from 120 countries–Pohlenz had access to a large selection of cartoons and decided to choose exactly 100 of them to be put on display at the exhibition.

The artists come from all places such as the Netherlands, Australia, China and Burkina Faso — a reflection on the diversity of the drawings themselves.

Thought-provoking, shrill, in colour, or black-and-white, some are outright funny or ironic while others play on dark humour.

The drawing for the exhibition’s poster, the Mona Greta, was created by Pohlenz himself. He combined the famous painting by the humanist and naturalist Leonardo da Vinci with a portrait of the star teenage climate activist, Greta Thunberg.

From frequent flying to the exploitation of developing countries

The drawings of the exhibition are organised according to different themes, such as global meat production, cheap flights, politics, human rights, and exploitation. Some artists point the blame at various countries, depicting for example Germany’s love of cars, the ignorant climate policy of the current United States administration, or Western countries stealing resources from developing countries.

One drawing mocks the so-called environmental zones established in Germany: It shows a 20-metre stretch of road that’s car-free — but surrounded by a detour route clogged with stinking cars.