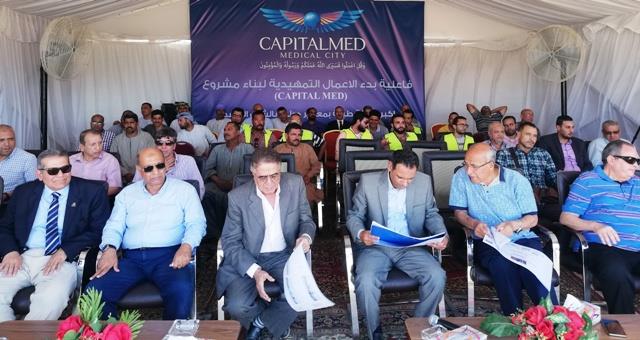 The Chairperson of Badr City Development Authority, Ammar Mandour, announced that Egypt will begin the implementation of the largest medical tourism city in Egypt, the Middle East, and Africa, with investments estimated at EGP 20bn.

“The medical tourism city will include 13 different specialised medical institutes with a capacity of 2,000 beds, a landing strip for flying ambulances, an educational hospital, and natural healing gardens, as well as a plant nursery,” according to the chairperson of the Badr City Authority.

Moreover, Mohammed Suliman, general-secretary of the Badr University, said that 10% of the city’s total capacity will be dedicated to the underprivileged, asserting that the project aims to provide the best medical services not only for Egyptians, but also for foreigners.

He explained that the total area of the project is estimated at 109 feddan, revealing that the first phase of the project will be completed after 30 months from the date of starting construction.

Furthermore, Suliman announced the medical tourism city will be completed and fully operational within five years of execution.