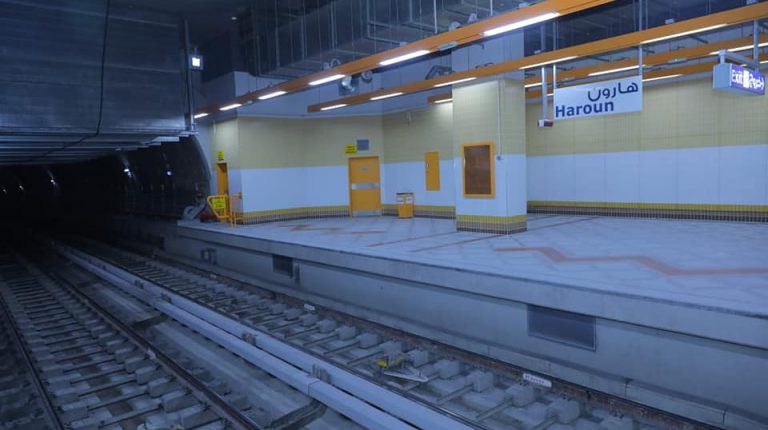 Egypt’s transportation ministry announced on Saturday it will inaugurate three new metro stations in Heliopolis within the scope of the fourth phase of development of the Cairo Metro Line 3, on 15 June, ahead of the Africa Cup of Nations (AFCON) to be hosted by Egypt this month.

The inauguration of the three metro stations came as part of the government’s preparations for AFCON which will be held from 21 June to 19 July. The new stations will transport large numbers of football fans from Alf Maskan, Heliopolis, and Gesr Al Suez to football stadiums, such as the Cairo International Stadium, the 30 June Stadium, and Al-Salam Stadium.

Construction at the Heliopolis metro station, which is one of the biggest stations in the MENA region, will be concluded next October, with first and second parts of the third line’s phase four set to be completed in April 2020, according to the ministry.

The full Haroun El-Rashid – El-Shams Club extension covers a distance of 5.15 km and stops at four tunnel stations and one elevated station at El-Nozha.

In 2016, the ministry launched the construction of the second part of the fourth phase of the Cairo metro’s Line 3 with a total cost of EGP 5.9bn.

Orascom Construction and the Arab Contractors signed in 2016 a contract with the National Authority for Tunnels to execute Phase 4B of the Cairo Metro Line 3.

The completed third line is scheduled to launch in 2022 and will serve 3 million commuters daily.