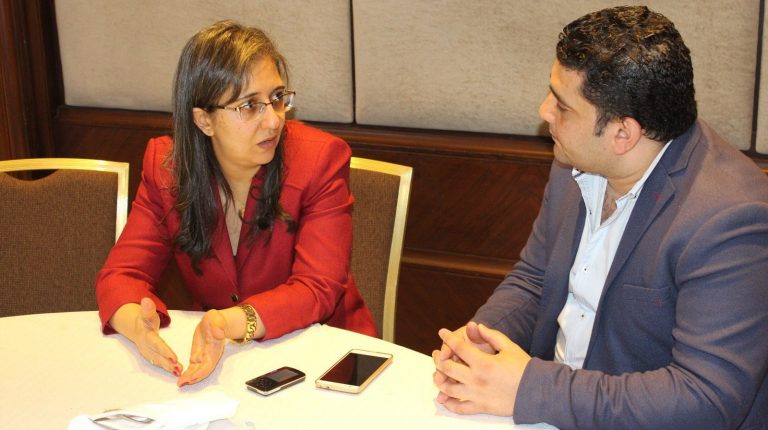 The Egyptian Company for Transport and Trade (EGYTRANS) is specialised in integrated transport and logistics services and is competing for the petrochemical complex projects Ain Sokhna area in the Suez Canal Economic Zone (SCZone).

Chairperson of EGYTRANS, Abir Leheta, told Daily News Egypt that the company is following the project and is waiting for the tender to acquire a share of the logistics services for the project.

The SCZone announced last month the start of construction work at the petrochemical complex in Sokhna with investments of $10.9bn.

The project will be built on 5msqm in Ain Sokhna. It will contribute to the development of the Suez Canal, and is the starting point for several complementary projects and it is also expected to export goods worth $8bn per year. Total transactions will reach $14bn per year at full capacity. The project provides 48,000 direct and indirect jobs in services and support.

The project consists of a giant unit to break the naphtha with a capacity of 4m tonnes per year. It is composed of three lines for the production of polyethylene, butadiene, and gasoline.

In the context of the company’s investment project in the field of rail transport, the project is still under study. EGYTRANS has commissioned the Integrated Marketing Consultancy office to carry out the studies.

According to Leheta, EGYTRANS is expected to submit a request to the National Railways Authority to provide lines and stations so that it can implement logistic points to serve the company’s customers.

The ministry of transport plans to promote cargo activity on the railway lines to move around 25m tonnes by 2022. It is working to add new locomotives to the fleet, and it has contracted to purchase 100 locomotives from General Electric and further negotiations are underway in order to finance the purchase of 100 more, in addition to manufacturing 140 cargo rail cars in cooperation with the ministry of military production within the plan to add 800 more cargo rail cars soon.

The financial results of EGYTRANS showed significant progress in the volume of business and revenues of most major business activities over the period of implementation of EGYTRANS’s strategic plan from 2015 to 2018. The company achieved a 25% annual compound growth against average market growth of 4.5%.

Leheta explained that the company is also considering more than one option for upcoming projects, including internal transport and logistics after purchase of five new trucks to add them into the fleet at a cost of EGP 8m.

The company started its road transport project empirically during 2018 with a total of five trucks, which was hugely successful according to Leheta.