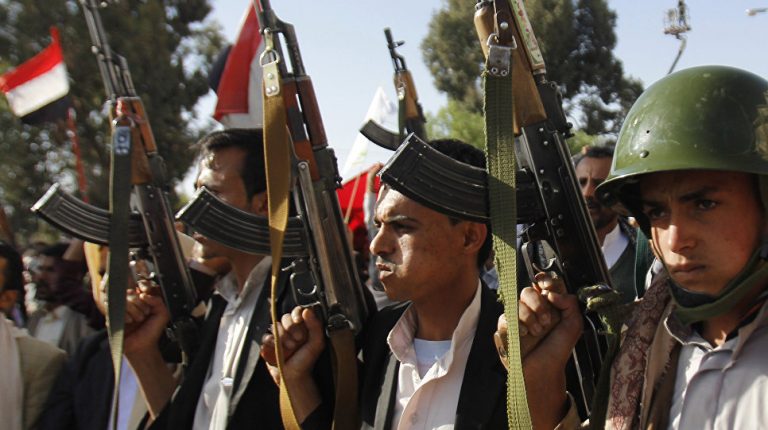 Yemen’s Houthi movement launched multiple drone attacks targeting the Jizan airport in Saudi Arabia near the border with Yemen, a tweet on Sunday by the group’s TV Al-Masirah said.

The attacks targeted Saudi drone bunkers and stations in the airport, it added.

There was no Saudi confirmation of the attacks.

In March 2018, Houthi rebels have previously claimed responsibility for a ballistic missile attack against Saudi Arabia in which at least one person died and two others were wounded.

Since November 2017, Houthi rebels have fired multiple missiles into Saudi Arabia, most of which have been intercepted. At least one of them targeted Riyadh airport.

Following the Houthi action, Saudi Arabia, the closest regional power to Yemen, announced in March 2015, the formation of a coalition for supporting legitimacy in Yemen.

Besides Saudi Arabia, the coalition includes the UAE; Jordan; Bahrain; Pakistan; Djibouti; Sudan; Senegal; Kuwait; Morocco; Malaysia, and Egypt, as well as the internationally recognised government of Yemen. Qatar was also part of the coalition until the breakdown of the Gulf crisis in May 2017.