Thirteen years ago, Abu Musab Al-Zarqawi, the Jordanian founder of Al-Qaeda branch in Iraq and the spiritual leader of the Islamic State of Iraq and Syria (ISIS) terrorist movement, was killed in a United States airstrike on his safehouse in Hibhib village, northern Iraq, following more than three years of actively attempting to capture him.

Al-Zarqawi’s 13th death anniversary, on 7 June, coincides with the ongoing defeats of “Islamic caliphate”, which was proclaimed in June 2014 by its current leader Abu Bakr Al-Baghdadi at the Great Mosque of al-Nuri several days after capturing Mosul, Iraq’s second biggest city.

Al-Zarqawi, whose real name is Ahmad Fadeel al-Nazal al-Khalayleh, was the founder of the Al-Qaeda branch in Iraq, or, Al-Qaeda in Iraq (AQI). He was born in 1966 in Zarqa, Jordan, to a middle-eastern family. He was particularly religious; however, he was a street fighter, alcohol drinker, and obsessed with tattoos.

However, his path was suddenly radically shifted. In her attempts to modify his behaviour, Zarqawi’s mother put him in a mosque where he, unfortunately, instead of being rectified, received his first jihad lessons at the hands of one of most radical clercs in Jordan, according to an interview with Jean-Charles Brisard, author of Zarqawi: The New Face of Al-Qaeda. 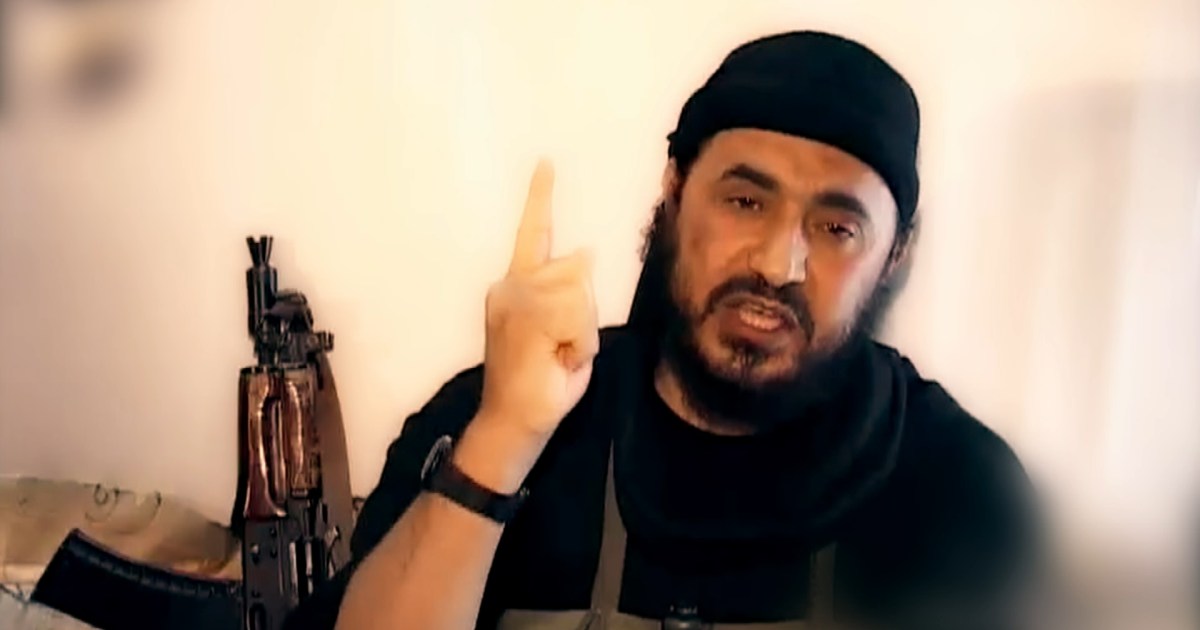 In 1989, Zarqawi travelled to Afghanistan to join other foreign jihadists against the Soviet Union, however, it was too late, as the war, which began in 1979, was over when he arrived. He then returned to Jordan where he was jailed with his mentor Abu Mohammed Al-Maqdessi for five years over their involvement in terrorist plots, but they were released as per a presidential pardon in 1999.

Once he got out of prison, he went back to Afghanistan and managed to reinitiate contact with Al-Qaeda commanders and eventually, he established his own camp in Herat, according to the US government. At his training camp, Zarqawi trained jihadists, ran terrorist cells, and facilitated transport of foreign fighters.

Subsequently, he travelled to Iraq in late 2002, according to the US government. Zarqawi exploited the chaos following the fall of Iraqi President Saddam Hussein and the US invasion of Iraq in 2003.

Over several years, Al-Zarqawi shocked the world with his deadly car bombs, beheadings, and brutal terrorist attacks targeting Shia Muslims and their places of worship. Those attacks often were broadcast over the internet. With his barbaric acts, he attracted thousands of followers around the world. He benefitted from sectarian tensions and lawlessness to strengthen his terrorist AQI network and carried numerous terrorist attacks in Iraq and even in his homeland Jordan.

After his death, Zarqawi’s successor Abu Ayyub Al-Masri dissolved the AQI and founded the Islamic State (IS) in Iraq. Years after the killing of Al-Masri, Zarqawi’s children and followers managed to spring forth with the Syrian uprising in 2011. In 2013, they were ready to begin again, headed by the Iraqi jihadist Al-Baghdadi, who declared a newly merged group that called the Islamic State in Iraq and Al-Sham.

By capturing vast territories in Iraq and Syria including Al-Mosul and Raqqa, receiving large amounts of money, and having thousands of foreign fighters as well as control over oil wells, ISIS strengthened its foothold.

However, ISIS began to relativity retreat in 2016. In October of the same year, Iraqi forces, Sunni Arab tribesmen, Shi’ite and Kurdish fighters launched a nine-month comprehensive offensive supported by the US-led coalition to recapture Al-Mosul from ISIS fighters. In July 2017, the Iraqi government formally declared victory over the terrorist group.

Three months later, the US-backed Syrian Democratic Force (SDF) recaptured the Syrian city and the IS capital Raqqa, after months of battle. In March 2019, the SDF declared that ISIS lost its final stronghold in Syria, Baghuz, bringing an end to the terrorist brutal caliphate.

Despite the significant leadership and territorial losses, ISIS still “commands thousands of fighters in Iraq and Syria, and it maintains eight branches, more than a dozen networks, and thousands of dispersed supporters around the world,” according to the 2019 report of the “Worldwide Threat Assessment,” published by the US intelligence community.

ISIS will seek to “exploit Sunni grievances, societal instability, and stretched security forces to regain territory in Iraq and Syria in the long term,” the report stated.

Moreover, ISIS “very likely will continue to pursue external attacks from Iraq and Syria against regional and Western adversaries, including the United States,” the report added. 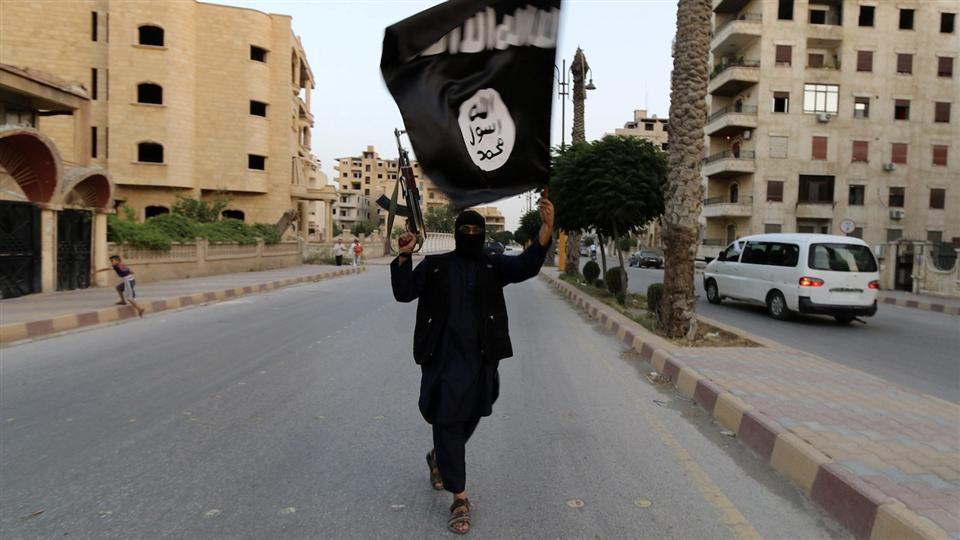 “Zarqawi was an original, someone who redefined what it means to be a jihadist,” Joby Warrick, American journalist and the author of Black Flags: The Rise of ISIS, told Daily News Egypt.

“While he lacked theological sophistication, he possessed a personal charisma and boldness of action and also brutality that appealed to a certain demographic of young Muslims who feel aggrieved and powerless and are looking for a hero,” Warrick added.

Throughout his book, Warrick followed the life of Zarqawi and traced the rise of ISIS.

“Although uneducated, Zarqawi was media-savvy and brand-conscious. He deliberately set out to cultivate an image and a brand that was different from that of familiar jihadist leaders such as Osama bin Laden,” Warrick highlighted.

The differences between Bin Laden and Zarqawi were remarkably sustainable. “Bin Laden was the grey-bearded sheikh reading a long sermon from a paper script, while Zarqawi was a man of action, dressed as a ninja, committing acts of violence on video, and firing a machine gun from the hip,” Warrick clarified.

Warrick moved on to say, “to his followers, this was exciting, and even more so since they did not have to understand theology or go through special training in order to be part of the Zarqawi ‘gang’ ISIS operates the same way, and this partly explains the group’s continued, wide-reaching appeal.”

On the other hand, Max Abrahms, the author of Rules for Rebels, and a professor of political science at Northeastern University believes that Al Qaeda has a superior strategy than ISIS.

“President Obama was criticised for once saying that ISIS was the JV (junior varsity) of terrorism. But in many ways, he was right. Compared to ISIS, Al Qaeda and its associated groups control more territory, have more members, and both local and international support,” Abrahms told DNE.

By acting more moderately, Abrahms said, Al Qaeda “has outmatched ISIS in terms of gaining territory, members, and supporters both locally and internationally.”

“The media fixated on ISIS. Pundits, for years, touted its strategy of extremism as strategic. But this is not how militant groups thrive in terms of achieving either political or organisational goals,” Abrahms demonstrated.

Moreover, Abrahms highlighted, “compare, for example, the towns of Raqqa to Idlib. The former is basically ISIS-free whereas the latter is controlled by an Al Qaeda associated group: Hayat Tahrir Al-Sham (HTS).

“The same dynamics are playing out in Afghanistan where the Taliban is outclassing ISIS in nearly every metric precisely because of its relative restraint. Indiscriminate violence against civilians captures headlines. But it does not pay,” Abrahms pointed out.

Warrick highlighted that there are some similarities between the situation of Zarqawi’s movement in the time following his death and the time subsequent to the declaration of the end of caliphate in 2019.

“I see remarkable similarities between the situation of ISIS in the 2008/10 timeframe and what we’re seeing today. If anything, ISIS is better poised for a comeback than it was a decade ago,” Warrick revealed.

“At the time of the US troop withdrawal from Iraq in 2010, the Islamic State of Iraq (ISI) had been ‘operationally defeated,’ according to intelligence experts at the time. The ISI had been reduced to a few hundred disorganised members scattered about Iraq in small underground cells. And yet, the group was able to quickly regain strength by exploiting sectarian tensions and a lax security environment in Iraq as well as in neighbouring Syria, which was in a state of civil war,” Warrick clarified.

Furthermore, Warrick added that ISIS has an advantage today. “They can call on a network of regional affiliates—ISIS chapters in places like Afghanistan, the Sahel and West Africa—for logistical and financial support.”

“ISIS’s followers’ number is in the thousands, including well-trained and battle-hardened fighters. Just as before, they are again able to draw strength by exploiting sectarian tension in the permissive security environment. I have little doubt that we will be seeing much more from ISIS in the years to come,” Warrick concluded.