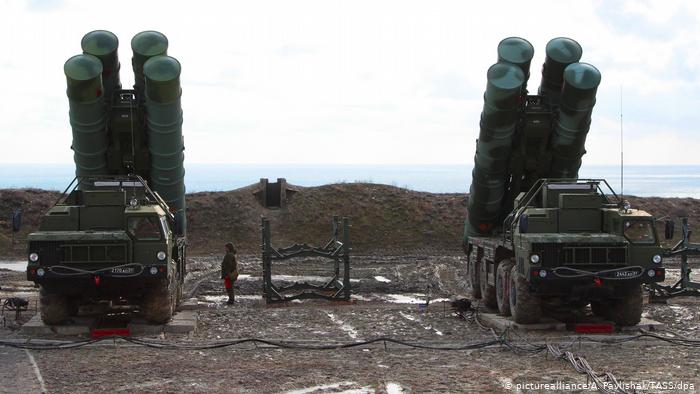 DW – Acting United States Defense Secretary Patrick Shanahan on Friday wrote to his Turkish counterpart, warning him of the consequences Ankara would face if it did not step back from a deal to buy a Russian air defence system.

The US considers the S-400 air defence system a threat to NATO’s F-35 fighter jet programme.

If the Ankara government proceeds with its deal with Moscow, Washington will unwind the country’s participation in the F-35 fighter jet programme. Turkey will be forbidden from taking final delivery of the four F-35s it recently ordered. Training for Turkish personnel on the F-35 will be discontinued from the end of July.

All Turkish personnel on the programme must leave the US by the end of that month.

Turkey has given strong signals that it is moving ahead with the S-400 purchase, despite US pressure.

Ankara confirmed last month that Turkish military personnel were receiving training in Russia to use the S-400, and that Russian personnel may go to Turkey. Moscow, meanwhile, has said the first deliveries of the missile system could begin in two months.

Why the S-400 programme is a threat

The S-400 is designed to shoot down an aircraft like the F-35 stealth fighter jet, leaving US technology vulnerable to any Turkish-Russian collaboration. Washington has said Turkey cannot have both.

As a key NATO member, Turkey’s deal with Russia’s military could undermine its ties with Europe and the US.

Washington is also concerned that Turkey could become over-dependent on Russia strategically and economically.

Kathryn Wheelbarger, one of the Pentagon’s most senior policy officials, said last week that Turkey’s deal with Russia would deal heavy blows to the F-35 programme and to Turkish interoperability within the NATO alliance.

What other action could Washington take?

The US has also threatened economic sanctions, which would hit Turkey hard. Since 2018, the country has been mired in a serious currency and economic crisis. Inflation and unemployment have skyrocketed. Last year’s US tariffs on steel and aluminium further aggravated the country’s woes.