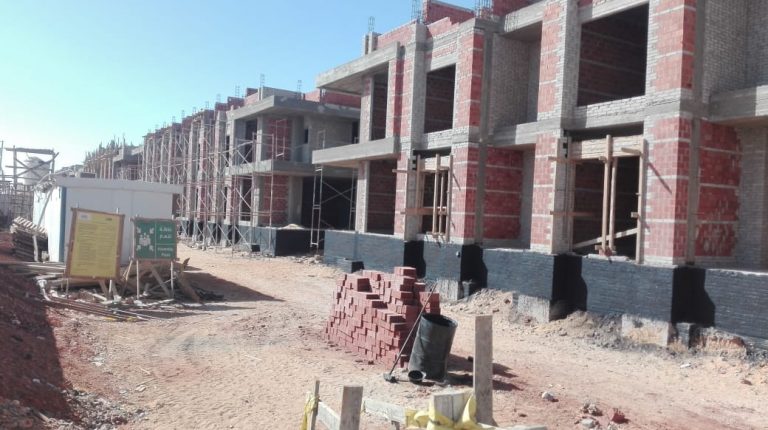 Last week, Deputy Minister of Housing, Utilities, and Urban Communities, Assem El-Gazzar, held a meeting with a group of real estate developers in the presence of officials from the Mortgage Finance Fund (MFF) to discuss expanding their participation in the implementation of social housing projects to meet the high demand in the housing sector.

El-Gazzar stressed that the state is interested in the participation of the private sector in social housing projects, being one of the most important national projects that aim to provide affordable apartments in integrated housing communities for young and low-income people.

The minister explained that the partnership reflects the mutual trust between the government and the private sector, and affirms beyond any doubt that the government recognises the importance of private sector’s role in the development process which is currently being undertaken in various fields.

“The main features of these new bodies are that real estate developers obtain plots of land to be divided into two parts, a part for middle-income housing units with areas ranging from 90 to 150 sqm. The other is for social housing units. Furthermore, specifying price limits are set for social housing units, and that its customers are financed through banks backed by the fund in all forms of support offered by the MFF, which includes cash subsidy, and interest rate subsidy according to the income level,” Abdel Hamid added.

The minister of housing stressed the need for developers to review the conditions proposed by them, so that the price limits are suitable for low-income people, and the duration of implementation of social housing projects is three years, explaining that the prices of land which will be specified for middle-income housing will be determined by the pricing committees separately in each city.

The developers will have to sell social housing units to citizens that are eligible for social housing programme terms, which is periodically reviewed according to inflation rates, unit prices, and income levels, Abdel Hamid said.

She added that the MFF determines the value of cash subsidy and interest rate, in coordination with the Central Bank of Egypt (CBE), and financier banks for beneficiaries.

On 30 May, the CBE has allocated EGP 50bn to finance persons and middle-income people to purchase housing units with mortgage finance in support of the real estate sector and in response to demands of developers.

Moreover, last month, representatives from the World Bank (WB) and the ministry of housing as well as real estate developers met to discuss the possibility of the private sector’s participation in middle-income and social-housing projects.

Additionally, the WB has approved $500m for the building of 125,000 units by the ministry of housing within five years.

Tarek Shokry, head of the Real Estate Development Chamber at the FEI, said that the CBE’s initiative meets the demands of middle-income people to own a unit with a reasonable payment plan and will participate in solving the country’s housing problems.

Shokry pointed out that middle-income housing is witnessing a great demand by customers, but the high price of land prevents the participation of developers in developing these projects and that the provision of land through the ministry of housing in return for a share of units can be implemented by companies.

Moreover, a member of the construction committee at the Egyptian Businessmen Association and First Group’s Chairperson, Bashir Mostafa, said that the CBE’s initiative to provide mortgage finance for middle-income people will help solve a major crisis in the sector, namely, providing liquidity and supporting the expansion of companies in many projects.

Furthermore, it will have a positive impact on the national economy in general through the increase of GDP and provide more job opportunities in line with the state plans in order to achieve comprehensive development, he pointed out, noting that the market is still waiting for the features of the initiative and the mechanisms to implement it.

Mostafa suggested that the appropriate price for mortgage financing ceiling of a unit is EGP 2m as an acceptable limit for middle-income units, especially with the recent increases to suit the purchasing power of this category.

He highlighted that there is a crisis facing clients, namely instalment with real estate developers for 7 or 8 years, however with banks the duration of the funding will be longer and will be more favourable to the client and less pressure on their budget in general.

Deputy Chairperson of the Real Estate Investment Division, Hisham Shoukry, said that the price of land is being studied through which the price ceiling of low-income units will be determined.
Shoukry pointed out that the housing units will be implemented in areas of 80 sqm, meanwhile, middle-income housing units’ size range between 90 to 150 sqm.

Amgad Hassanein, board member of the Real Estate Development Chamber, said that the idea of participating with the government in such projects is based on the allocation of land by the ministry of housing to companies in return for a share to be allocated for the ministry in exchange for exploiting the rest of the area in the development of middle-income housing units to be marketed by companies.

Hassanein pointed out that in the event of a consensus on a mechanism for participation which will be available to companies operating in the sector, as long as it has previous experiences in implementing projects, then they will start the initiative.