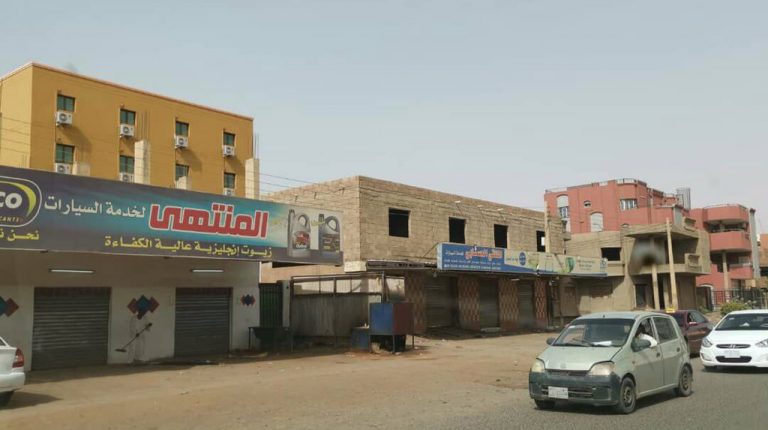 The streets of the Sudanese capital, Khartoum, were partially deserted during the first day of a massive civil and political disobedience called by protest leaders to end the military council rule.

Photos circulating on social media showed that shops, restaurants, and other businesses shut down in response to the strike calls.

Meanwhile, the hashtag #totalcivildisobedience has been trending on Twitter and is being circulated by users and Sudanese activists.

The DFCF clarified that a number of workers have been arrested because of their commitment to the general strike, according to the BBC.

Some users published photos of Khartoum International airport on Saturday and claimed that the flights were suspended due to the strike. However, the Sudanese news agency (SUNA) reported that air traffic is normal at the capital’s airport and they also added that Egyptian and Ethiopian flights are operating normally.

EgyptAir also resumed its flights to Sudan after a few days of suspension in light of the political crisis in the country.

Early on Sunday, the Sudanese Military Transitional Council described shutting down streets and setting up barriers as a “full-fledged crime,” which violates international and humanitarian laws.

The military council held the protest group, the DFCF, responsible for these “unsound practices”.

The council further asserted that it sided with the Sudanese people’s will from the beginning and refused the old regime’s plans to suppress opposition and protesters.

Last week, Sudanese security forces stormed the sit-in held outside the military headquarters in Khartoum. The crackdown killed dozens of protesters and injured hundreds. Protest leaders accused a militia belonging to the military council of killing protesters in a bloody dispersal of their sit-in.

According to the Central committee of Sudan doctors (CCSD), a part of the Sudanese Professionals Association, 118 people were killed since last Monday, four of them were killed on the first day of civil disobedience. The CCSD added that 40 of the casualties were allegedly retrieved from the Nile river.

The alliance called on people to stay home and abstain from work as a part of the civil and political disobedience to protect their colleagues and fulfil their aspiration until the Military Transitional Council is dissolved and becomes a civilian-led government.

Since December of last year, Sudanese people, from a wide spectrum of society, swept into the streets in large numbers to initially protest against the high increase in the cost of living.

Then, they demanded the toppling of Omar Al-Bashir and his regime, who has been in power since 1989. Al-Bashir was eventually removed by his military generals and he is currently in prison.