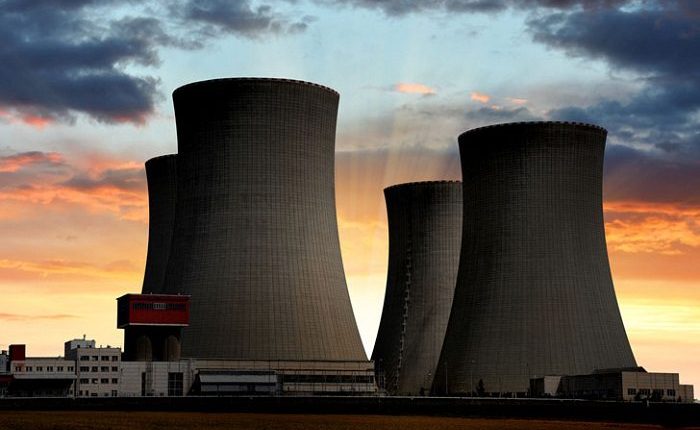 The nuclear energy plant in Dabaa is one of the largest national projects built in Egypt. It is built and supervised by Russia’s Rosatom. The plant consists of four nuclear reactors with a total capacity of 4800MW, with each reactor having a capacity of 1,200MW. The first reactor will start operating in 2026.

Dabaa station obtained permission for the location last March from the Nuclear and Radiation Control Authority. The authorisation confirms that the location and its characteristics comply with the Egyptian requirements and the International Atomic Energy Agency (IAEA) requirements, which is reflected in ensuring the safe and reliable operation of nuclear facilities.

The companies working in the land of the Dabaa nuclear plant have completed the implementation of all the project facilities, and the Nuclear Stations Authority has begun receiving the land from them to complete the necessary equipment to launch the reactors.

Egyptian companies have submitted documents to the Nuclear Energy Technology Localisation Committee, which is responsible for selecting the suppliers of the equipment and the needs of the nuclear plant during the construction period, in coordination with Rosatom.

Government sources told Daily News Egypt that after preparations are completed at Dabaa, the measures for obtaining licenses and security approvals will be resumed, as well as security approvals of experts for the equipment and necessary machines in order to begin the engineering survey and measuring earthquakes.

The sources said that implementing infrastructure and utilities, which include electricity, water and communications, were carried out in coordination with the Nuclear Energy Technology Localisation Committee of the Dabaa nuclear plant. Other civil and armed forces’ companies have also contributed to the implementation.

The sources added that the opportunity is still open before Egyptian companies to participate in the nuclear plant and gain experience through cooperating with the Russian Rosatom.

“There are strict conditions for the participation of national and international industries in the components of Egypt’s peaceful nuclear reactor to produce electricity in the city of Dabaa,” said Anna Melikovich, director of tenders and suppliers at Rosatom, a company specialised in building nuclear reactors.

She explained that launching the tenders for the project will be conducted through a programme implemented on four phases, which is known as ‘the integrated bidding programme’, stressing that there are permits for the purchase of equipment for nuclear safety to reflect the supplier’s seriousness.

Rosatom launched the first tender to protect the site of the nuclear plant from ground water. The assigned company handles executing the technical studies and necessary designs to protect the site, as well as the site’s infrastructure work to protect it from the water.

“The company is currently holding meetings and examining potential companies involved in the construction of the nuclear plant at Dabaa,” said Gregory Sosnin, vice president of Atomstroyexport, the engineering group of Russia’s Rosatom, adding that the Egyptian Industry Localisation Committee approved 183 companies to participate in the project.

Egypt signed a contract with Russia to establish the Dabaa plant with a capacity of 4800MW, and the official newspaper has published the decision of President Al Sisi No 484 of 2015, approving the agreement signed in Cairo on November 19, 2015, between Egypt and Russia regarding a Russian government export loan to Egypt in order to establish a nuclear power plant.

The agreement stipulates that Russia provides Egypt with a loan of $25bn to finance the construction and operation of energy units at the Dabaa plant.

The construction work on the first nuclear reactor (1,200MW) will start in July 2020 and operation will begin in February 2026.

According to Kovatnov, the construction of the fourth reactor (1,200MW) will start in July 2022 and its operation will start in February 2028.