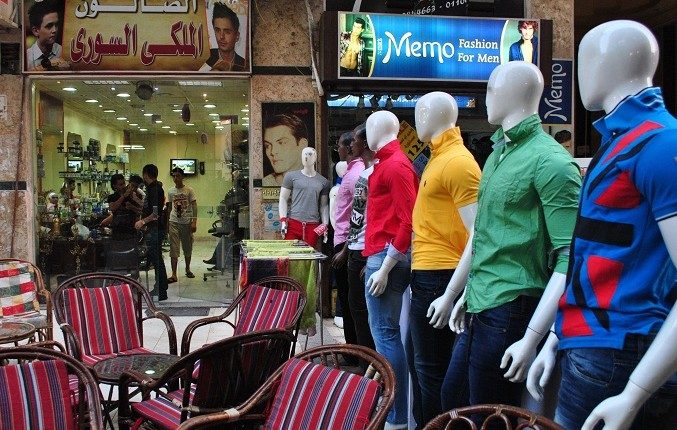 A controversial lawsuit filed by an Egyptian lawyer against Syrian migrants in Egypt raised a massive online demonstration to support their presence in the country.

Earlier this week, notorious lawyer Samir Sabry called in a lawsuit filed to the Prosecutor General Nabil Sadek to investigate the sources of Syrian migrants’ funds in Egypt.

Sabry voiced his concern regarding the Syrian businesses across the country, urging authorities to disclose the sources of all Syrian funds in the country including shops, coffee shops, properties, and whether they are censored or not.

Moreover, Sabry claimed the Syrian investments in Egypt are $23bn, most of them, he explained, are in restaurants, industries, trade, and properties.

According to the United Nations High Commissioner for Refugees (UNHCR), there are about 130,000 Syrians in Egypt, while the Egyptian government estimates their numbers at around 300,000 people.

Following the uprising in 2011, Syrians began to stream in large numbers to neighbouring countries, such as Egypt, Lebanon, Jordan, and Turkey as well as a number of European nations. They fled the civil war in Syria which killed thousands and displaced millions, as well as the government’s bloody crackdown against its citizens even if they were not politically active.

Syrians have succeeded in many kinds of businesses in Egypt and they increased their investments especially in food industries, traditional crafts, and the field of property sales.

According to the UN official figures, the Syrians contributed nearly $800m to Egypt’s economy since 2011.

In recent years, the Syrians continue to face numerous struggles, as most of them paid all the money they have and risk their lives in illegal boats to escape the raging conflict in their country.

On Twitter and Facebook, Egyptians launched the hashtag #Syriansarewelcome to express their warm feelings towards the Syrians in their second homeland. The hashtag has been trending for days.

“Syrians are always welcomed in Egypt. It’s their country as much as it is ours. Please don’t let stupid people come between us,” Nadine Osama tweeted.

“Syrians are welcome in Egypt with their decency, cleverness, and boldness,” said lawyer Malek Adly, affirming that aggression toward them is not acceptable.

Meanwhile, lawyer Gamal Eid tweeted, “Egypt is prettier with you and with your decency and efforts. We love you, and you are very welcome.”

Amro Ali, an assistant professor of sociology at the American University in Cairo, also tweeted: “The Syrians are the best thing to happen to Egypt in years. They’ve injected a pleasant dialect in the air, humility into social spaces, delicious cuisines, resurrected a semblance of an old cosmopolitanism, and they are just simply beautiful human beings.”

Concurrently, Daila Seoudy, an Egyptian journalist, wrote: “Not only because they (Syrians) invest in Egypt and improve many services because of their cleverness, honesty, and commitment, but because they are our brothers.”

“We love you guys and Egypt is your home,” Aya Mohamed wrote.

“You were a blessing to us; you raised the standards and the quality of everything in Egypt. We were brothers and sisters and will remain for the rest of life,” M Elkomy tweeted.

Many Twitter users stressed that the Syrians are not refugees but like citizens in Egypt. “Syrian people are citizens, not refugees. We respect, love, support, and appreciate them,” Doaa Ghobashy wrote.

Twitter users also shared photos featuring Syrian restaurants in Egypt and praised their food business. “I am a refugee in your restaurants. Stop calling them refugees, they are welcomed,” Heba Ashour tweeted.

Egyptian prominent actors also contribute to the hashtag. Asser Yassin wrote on Twitter: “Egypt is your country too.” While Mohamed Henedy said, “We were one country before and we still are.”

In response, Syrian actress Kinda Alloush, married to the Egyptian actor Amr Youssef and both living in Cairo, used the hashtag #Syriansarewelcome to express her gratitude to all who welcomed the Syrians in Egypt. “The hashtag is a very beautiful one and full of love. I am very happy to see it trending in Egypt,” Alloush tweeted.