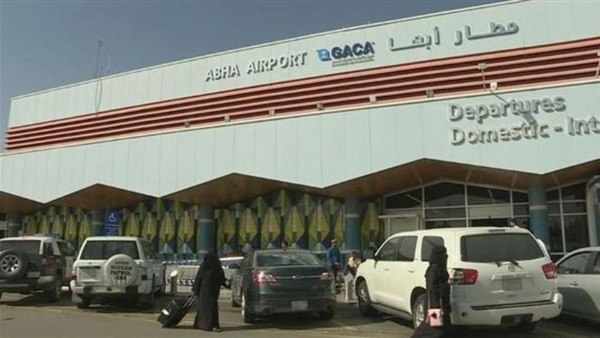 At least 26 people were wounded on Wednesday morning in a missile attack on Abha airport in Saudi Arabia after Houthi movement fighters fired a missile toward Saudi territories, said the Saudi-led coalition in Yemen.

Spokesperson of the coalition, Turki Al-Maliki, said that the list of injuries is comprised of subjects of different nationalities, and includes three women and two children. Al-Maliki added that the missile fired by the Houthis into the arrival hall at Abha airport at 02:21 on Wednesday, according to the Saudi Press Agency.

Eight people were taken to hospital after suffering moderate injuries, while 18 others were treated at the scene for minor injuries.

The Al-Masirah TV, a television station run by the Houthi movement, confirmed the attack.

Al-Maliki further said that the Houthi attack on a civilian airport was a serious violation of International Humanitarian Law and that it might constitute a war crime, adding that the coalition would take urgent and timely measures “to deter this terrorist militia, and to ensure the protection of civilians and civilian objects.”

The conflict in Yemen has erupted in September 2014, when the Ansar Allah “Houthi” group, backed by Iran, seized control of the Yemeni capital Sanaa.

Following the Houthi action, Saudi Arabia, the closest regional power to Yemen, announced in March 2015, the formation of the Coalition for Supporting Legitimacy in Yemen.

Qatar was also part of the coalition until the breakdown of the Gulf crisis in May 2017.

The conflict resulted in killing more than 100,000 civilians and wounding hundreds of thousands. It is also a humanitarian and medical crisis in the poor country. Yemen is facing the world’s largest humanitarian crisis.

Egypt condemned the Houthi attack against Saudi Arabia. In a statement on Wednesday, Egypt’s Ministry of Foreign Affairs said that Egypt stands with the Saudi government and people against any attempt that targets their security and stability.