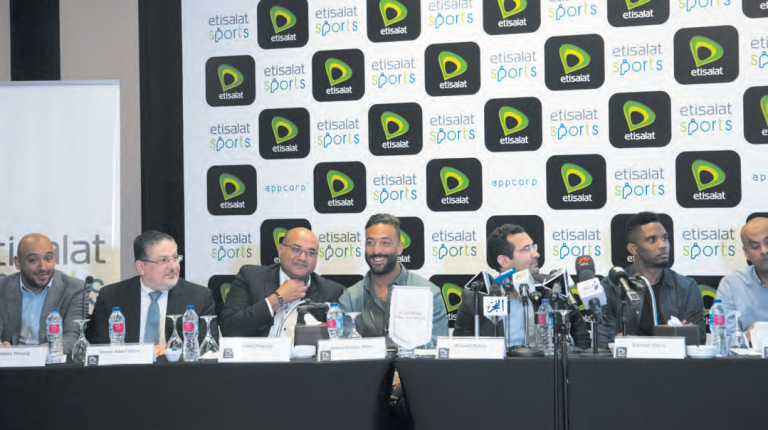 (AFCON) final to be held from 21 June to 19 July in Egypt, during a press conference held in Cairo by Etisalat Misr to launch “Africa Service” as part of the Etisalat Sports platform.

“Everyone knows who will win the championship,” Eto’o said. “The Egyptian team is strong and capable of delivering a good tournament. Egypt has the home advantage and is led by star Mohamed Salah,” he

The former star of Barcelona, Inter Milan, and Chelsea believes that Salah will continue to shine during AFCON and will be crowned the tournament’s top scorer.

Eto’o praised Salah’s performance with Liverpool and winning the UEFA Champions League. He added that the Egyptian player has managed to write history for African football.

He refused to name the best African player in the history saying, “I do not like this kind of comparisons. Many players contributed to the development of African football, including George Weah and Didier Drogba.”

“I do not plan to run for the presidency of the Confederation of African Football,” Eto’o revealed. “The administrative work is not my ambition; I plan to become a coach.”

Egypt has a great chance to go as far as possible in AFCON, considering the presence of a great star like Salah and the home advantage, Mido said. He called on all Egyptians to support their national team, noting that the choosing the team’s squad is up to the coaching staff, hinting that former coach Mahmoud El-Gohary has included Hossam Hassan in the 1998 AFCON edition despite the public criticism at the time.

Eventually, the player led the team to win the title. Mido set another example when Hassan Shehata did not include Hazem Emam in the 2006 edition but he still won the tournament, and in 2010 when he selected Mohamed Nagy, known as Gedo, over Mido. Shehata faced criticism but the team still won, and Gedo was the competition’s top scorer at the time.

“When I was a player, I refused to move to Al Ahly because I love Zamalek and everyone knows that, but in the future, nobody knows what can happen,” he commented on the possibility of training Al Ahly.

The former Ajax, Tottenham, Roma, and Marseille player said he is still young to coach the Egyptian national team. He is 36 years old and has coached several teams for only five years, so he still needs more time to strengthen his experience.