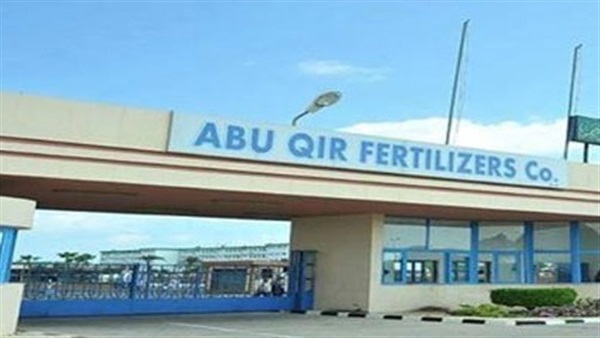 Abu Qir Fertilizers Company (AFC) has launched the pilot phase of an industrial wastewater treatment project with investments of EGP 343m, where the mechanical completion of the project has been approved, an official source from the company revealed, expecting the project to begin soon and achieve its targets.

The project’s implementation was assigned to Bamaj Middle East and North Africa and the Samcrete Egypt consortium. It was due to be completed in February 2015. The project’s loan cost amounted to 49.8% of the total cost due to interests and commissions.

Moreover, the source also explained the strong growth opportunities expected to be achieved by the company from the implementation of its new project to produce calcium ammonium nitrate, which will achieve a good jump in the results of the company.

The project is expected to be implemented in the second half (H2) of 2020.

The net profits of AFC rose in the first nine months of the fiscal year (FY) 2018/19 by 33.4% on annual basis to score EGP 2.59bn against EGP 1.94bn in the same period of the previous FY, supported by the renovation policy adopted by the company which contributed to continuing production at full capacity, along with improved export prices and higher revenues from the companies in which AFC holds shares.

The company’s sales during the last nine months also increased to EGP 6.5bn, up from EGP 5.68bn in the comparison period.

Pharos Holding for Financial Investments recommended the purchase of AFC shares and set a fair value of EGP 30.9 per share, putting the assessment gap at 27.4%, adding that AFC is one of the largest producers of fertilisers in Egypt, and has one of the most diversified product portfolios in the sector.

Pharos added that the company’s latest production of calcium ammonium nitrate, which is expected to start in FY 2020/21, will contribute at least EGP 5.24 increase in the fair value of AFC shares.

Pharos indicated that the growth of AFC business results was driven by a clear management strategy that focuses on sustainability and continuous development, which supports the company’s stability and is currently resulting in the best stocks in the sector and is most likely to rise especially on the long term.

With respect to offering a stake of the company on the Egyptian Exchange (EGX) within the first batch of the government initial public offering (IPOs) programme, the source said that AFC is currently discussing with the National Investment Bank the best timing of the offering, given the current low turnover in the EGX, adding that the IPO will take place soon, as most of the required procedures have been completed.