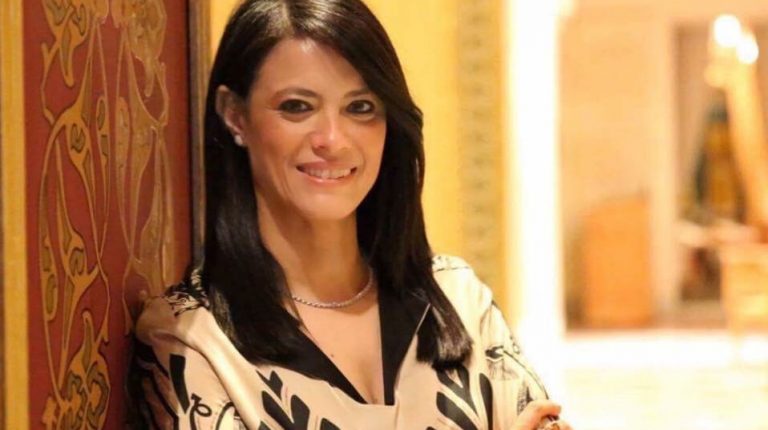 The Azerbaijani National Aviation Company (AZAL) announced the resumption of its charter flights from Baku to Cairo starting from July 8 and from Sharm El-Sheikh from July 18, on Saturday evening in the presence of Egyptian Minister of Tourism, Rania Al-Mashat.

The minister travelled on Saturday to the Republic of Azerbaijan to participate in the 110th session of the Executive Council of the World Tourism Organization (WTO) which will be held from June 16 to 18 in Baku.

In that context, the Egyptian embassy in Azerbaijan indicated that this visit is the first ministerial visit from Egypt to the Republic of Azerbaijan since several years ago.

Al-Mashat stressed the importance of this visit in enhancing cooperation between the ministry, international bodies, and institutions to develop the tourism industry.

She explained that the WTO plays a major role in serving the world tourism sector and enhancing tourist cooperation.

Al-Mashat will participate as a keynote speaker in the panel discussion entitled “Protecting our heritage: social, cultural, and environmental sustainability.” The panel will be held during the meetings at the 110th session of the Executive Council of the WTO.

It will discuss how to promote the tourism industry in achieving sustainable development goals, the role of the WTO, governments, local communities, and the private sector, and it will present initiatives that promote social integration and gender equality in tourism.
Notably, Egypt is a member of the Executive Council at the WTO, which consists of 35 countries.

The council’s task is to take all necessary measures, in consultation with the secretary-general, to implement its resolutions, recommendations, and reports to the general assembly.

The tourism sector in Egypt suffered a downturn since the 2011 Revolution. Egypt suffered a devastating blow particularly after the Russian passenger plane crash in Sinai that occurred in late October 2015 killing all passengers onboard.

By asking the former Chairperson of the Egyptian Tourism Federation, Elhamy El-Zayat, if this incident was the reason behind stopping AZAL’s charter flights to Cairo from Baku, he said that there is no relation. He explained that Azerbaijan is a country with small population and small economy and thus there is less demand to travel.

Meanwhile, Hesham El Damery, the retiring president of the Tourism Promotion Board Authority, explained that the reason behind stopping their charter flights to Egypt, is related to different reasons including the world travel ban on Egypt since 2015, noting that this ban began to be removed and the tourism sector has begun to recuperate gradually once more.

“It is also related to the supply and demand, and to the marketing of the various tourism markets to promote Egypt as a tourist destination to their citizens,” he continued.

El Damery is very optimistic about the resumption of AZAL’s charter flights, explaining that this means that they ensured that Egypt is now enjoying political stability.

Furthermore, he explained that the resumption of charter flights means that the Azerbaijani tourist has increased their demand on Egypt as well as many other countries.

Concerning the point that Azerbaijan is a small country, he stated that attracting new nationalities to come and visit Egypt is a must as not to be affected by the disappearance of any country, assuring that every increase in tourist numbers even if by one tourist, represents a benefit and advantage to Egypt’s annual tourism revenues.

He further explained that if the state’s tourism revenues is coming from various small source markets, it will be better than depending on 3 or 4 major markets that represent 90% of the annual tourism revenues of Egypt.