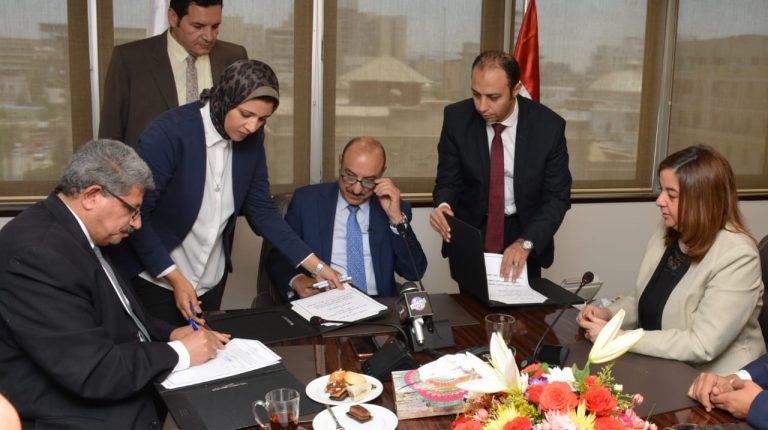 The Industrial Development Bank (IDB) signed a cooperation protocol with the Mortgage Finance Fund (MFF) to finance the social housing units for low-income people for 488 housing units with a total area of 90 sqm at a rate of 5% and 7% on a repayment period of 20 years.

The agreement was signed by Chairperson of the board of directors and Managing Director of the IDB, Maged Fahmy, and Head of the MFF, Mai Abdel Hamid.

According to Fahmy, the new cooperation protocol with the MFF is a continuation of the developmental and vital role of the bank to support the country’s strategy of providing housing units to citizens to provide a decent and stable life and adequate housing for a broad base of Egyptian society.

He praised the continued success of the Central Bank of Egypt’s (CBE) initiative for real estate finance, stressing that it was a response to the state’s efforts to solve the housing problem. The role of the IDB was to participate in the national development process, support Egyptian citizens, and enhance financial inclusion.

According to Fahmy, the bank has managed to provide financing of about EGP 1bn to 10,000 customers since the start of the initiative in 2014 until now. The percentage of the mortgage portfolio of the total credit portfolio was about 9%.

For his part, Deputy Chairperson of the executive board of the IDB, Hamdy Azzam, praised the cooperation and successes achieved with the MFF, noting that the bank is ranked fifth among Egyptian banks in implementing CBE’s mortgage finance initiative.

Azzam added that this stems from the belief of the bank in its social role and in meeting the needs of the Egyptian citizen in conjunction with the MFF and its support to the mortgage finance initiative and providing financial support to all units for low-income people. It comes as part of the fruitful cooperation between the bank and the fund, which has benefited a very large number of low-income segment, and is a practical application of the developmental role we offer to serve the community and raise the burden off the state.