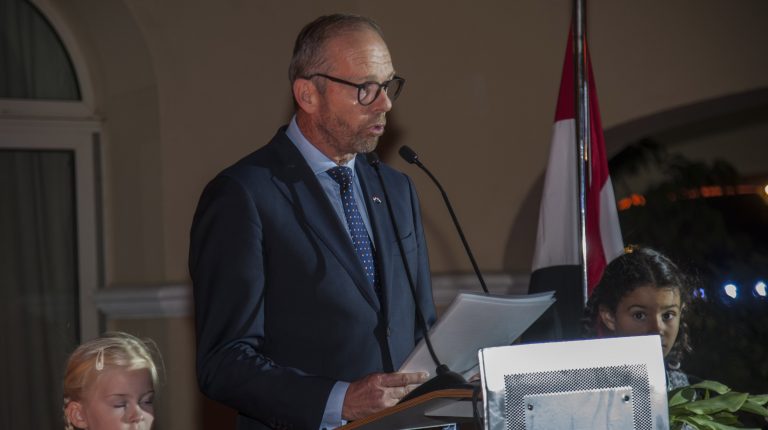 More than 190,000 Dutch tourists visited Egypt in 2018 and 20,000 visas are being issued to Egyptians traveling to Holland, said ambassador of the Netherlands to Egypt, Laurens Westhoff.

Over the centuries, both the Netherlands and Egypt shared their knowledge to discover and understand Egypt’s archaeological treasures, the ambassador added during his speech at the event that the embassy organised on Thursday evening.

“We shared our knowhow and became involved in the development, maintenance, and expansion of the Suez Canal. All Dutch school children learn about the pharaohs and the pyramids,” the ambassador mentioned, highlighting the gradual development of the joint relationship with Egypt from a small Dutch presence of consuls, archaeologists, and contractors to “a full-fledged relationship.”

Netherlands is the second largest investor from the European Union (EU) in Egypt, he asserted, noting that his country wants to see the bonds with Egypt become even stronger.

The ambassador highlighted the strong economic partnership between the Netherlands and Egypt, stating that Dutch companies are long-term partners of Egypt. Together with their Egyptian partners, they provide up to 10,000 jobs for men and women in Egypt.

“This year, we have stepped up our efforts to assist Egypt in its difficult and courageous task of reforming its economy. We are creating financial instruments and incentives for Dutch agricultural and water expertise to be shared with Egypt,” the Dutch ambassador told Daily News Egypt two days ahead of the embassy’s celebration.

The embassy will strengthen its capacity with two Dutch experts on water and economy, in addition to the ones that the embassy already has, in order to ensure that it has the capacity to implement the different programmes with Egypt, the ambassador added.

The ambassador expressed his confidence that the partnership between the Netherlands and Egypt will grow and flourish even more in due time.

In honour of King Willem-Alexander’s birthday (King’s Day), the embassy celebrated the Dutch National Day on Thursday in the presence of senior Egyptian officials, influential figures, and representatives of the diplomatic community.

“King’s Day in the Netherlands is a confirmation of the strong bond between the Dutch Royal family and its citizens,” the ambassador said.

He added that the Kings Day underlines the country’s diversity and highlights the inclusive character of the Dutch nation.

“Our King reaches out to young and old, men and women, migrant and non-migrant, handicapped and non-handicapped,” the ambassador mentioned.

“Inclusiveness is the key. We believe that only together we can make a difference. Allowing all citizens to contribute brings prosperity,” the ambassador noted. He asserted that with this golden key, the Netherlands built a country that is a global leader in water, agriculture, trade, infrastructure, and education.