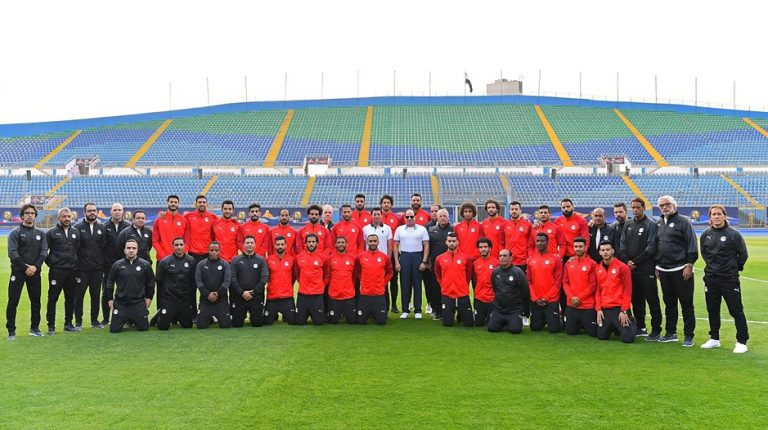 Egypt’s President, Abdel Fattah Al-Sisi, held a morale-boosting visit on Saturday with the national football team during their morning training a few days before the Africa Cup of Nations 2019 (AFCON) which will be hosted by Egypt from 21 June to 19 July. 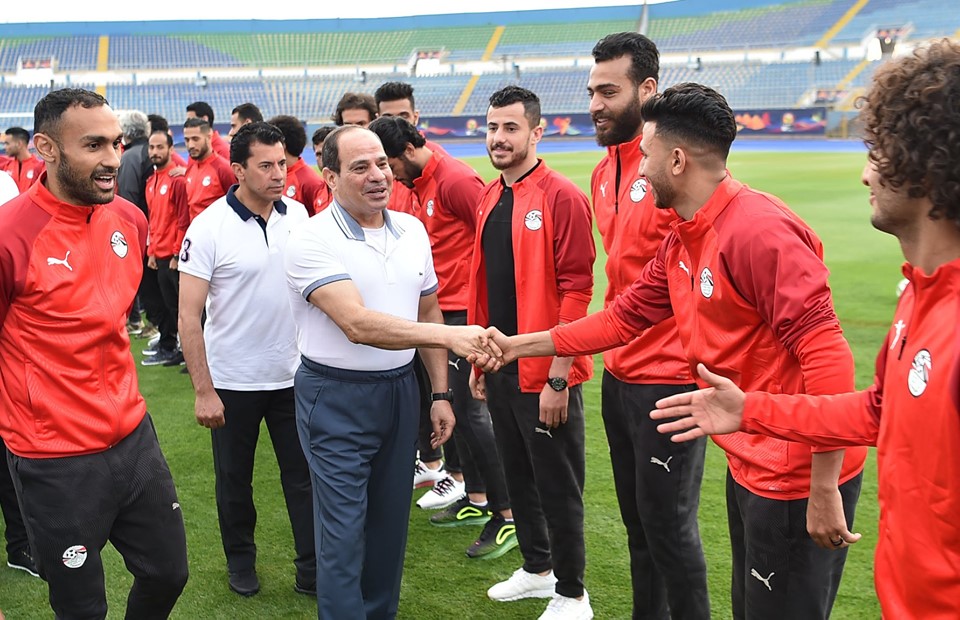 The visit took place as the team was training in the 30 June Stadium, according to the presidency spokesperson, Bassam Rady.

The statement added that Al-Sisi expressed his full confidence in the team, and asked them “to exert the utmost effort for the welfare of the nation.”

The president voiced trust in the abilities of the national team, saying that the “players are fully conscious of the responsibility they are bearing.”

He urged them to do “their best to bring happiness to the Egyptian people.”

Meanwhile, the players “thanked President Al-Sisi for his keenness to visit the team ahead of the AFCON and promised him do their best in order to make Egyptians happy,” the statement added.

Also, the president’s visit involved a tour of the stadium’s facilities as well as inspection of the preparations for the anticipated tournament.

The Egyptian state has been getting ready to host the tournament by facilitating transportation, telecommunication, and logistics. The tournament will be played on six stadiums in four cities.

The Egyptian team has held a closed camp at Borg El Arab Stadium, Alexandria, since 6 June to play two friendly matches in preparation for the AFCON. Egypt defeated Tanzania 1-0 on 13 June and is scheduled to play Guinea on 16 June at the Borg El Arab Stadium.

In the AFCON, Egypt was placed in Group A with Uganda, DR Congo, and Zimbabwe.