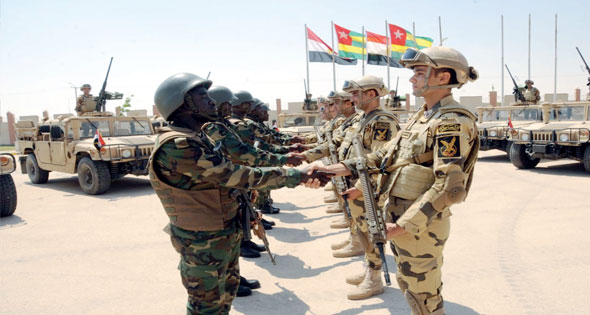 Egypt participated in anti-terror military exercises on Friday held at the Mohamed Naguib Military Base in Marsa Matrouh, the largest military base in the Middle East and Africa, according to the Egyptian armed forces spokesperson, Tamer Al-Refaie.

The drills, in which special forces from Egypt and Togo are taking part, will last until 20 June. It is the second exercise of its kind hosted by Egypt. The first one took place last year with the participation of Egypt, Sudan, Nigeria, and Burkina Faso.

The drills are meant to support security and stability in Africa in the face of different threats.

“It reflects keenness by the Egyptian armed forces to boost military cooperation with African countries in light of Egypt’s current presidency of the African Union in 2019,” Al-Refaie added.