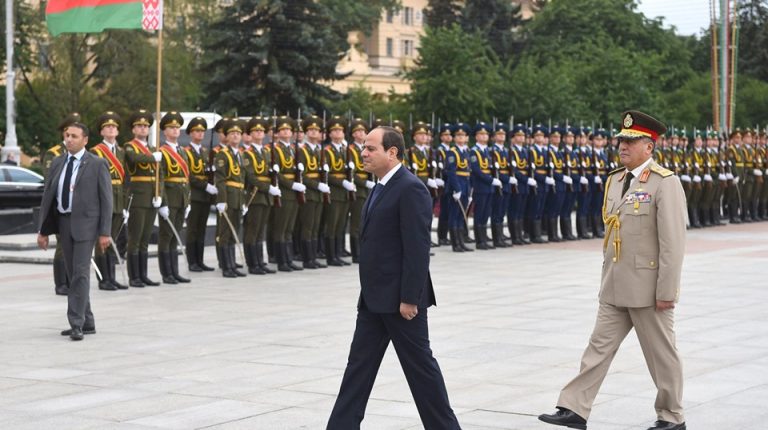 President Abdel Fatah Al-Sisi started on Monday his visit to Belarus where he will be attending a number of cooperation agreements between Cairo and Minsk.

The president is also expected to visit Romania subsequently.

On Sunday, Al-Sisi will meet the heads of the house of representatives and the national assembly in Minsk. 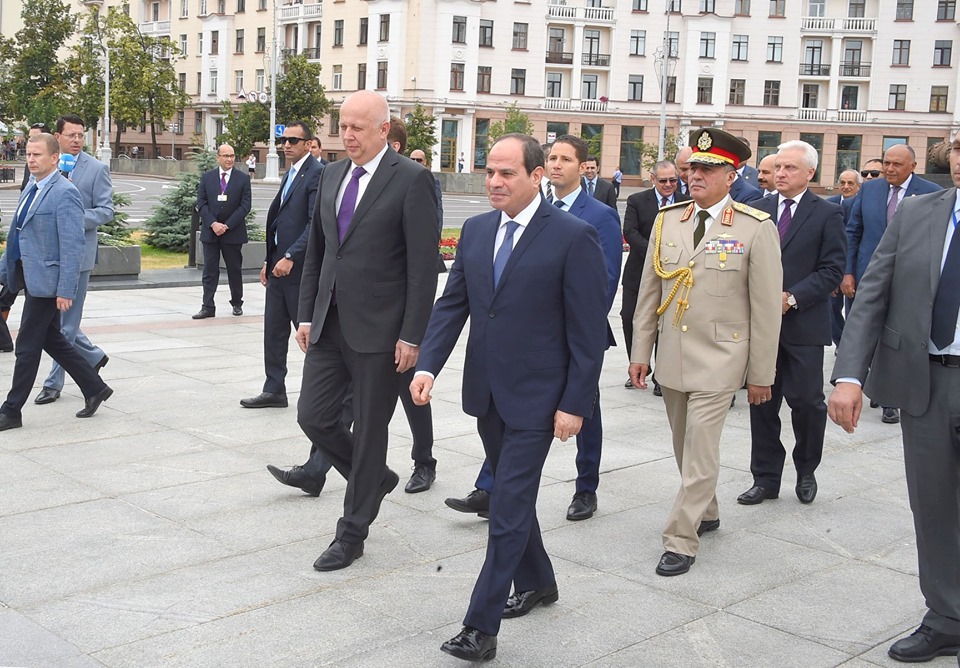 He is also expected to meet representatives of the business community in Belarus, heads of major companies, as well as senior officials and representatives of governmental bodies with the means to boost economic cooperation, according to a statement from the State Information Services (SIS).

During the trip, as a sign of the positive relationship between the two countries, Al-Sisi also laid a wreath of flowers on the Victory Monument at Minsk.

In statements, Presidential Spokesperson Bassam Radi said the president, during his visit to Belarus, is scheduled to have talks with Belarus President Aleksandr Lukashenko on boosting bilateral ties.

The two sides will also exchange views on a range of political issues at the regional and international levels, with a priority on fighting terrorism and extremist ideology.

Wrapping up his visit to Belarus, the president will also head to Romania, where he will have a session of talks with the Romanian President Klaus Iohannis, the spokesperson said.

The president will also hold talks with the heads of the house of representatives and the senate of Romania, he added.

The two sides will also review cooperation and coordination between Cairo and Bucharest at the regional and international levels, the spokesperson concluded.

The visit aims to enhance economic cooperation with Belarus, add more investments into the Egyptian market, and restore the high numbers of Belarus tourists to Egypt.
In January 2017, Al-Sisi met Lukashenko and the two leaders signed nine cooperation agreements in the fields of environment, water resources, agriculture, and sports, according to a press statement by the Egyptian presidency.

They also inked a cooperation agreement on military techniques and production, an agreement to transfer convicts, and a joint plan for economic, social, and cultural exchange between Minsk and south Sinai.

The relations between Egypt and Belarus have been witnessing rapid development. The commercial exchange between the two countries reached $186.3m in 2015.

Lukashenko visited Cairo twice, the first time in June of 1998 and the second time in January of 2017 during which he held talks with Al-Sisi on boosting bilateral relations.

More than 120 visits were organised between Egypt and Belarus to put into effect agreements reached between the two leaders and to carry out joint projects.

Five rounds of political consultations were held at the level of deputy foreign ministers.

In the industrial cooperation scene, a joint project was launched in 2018 between the Helwan Machinery and Equipment Company and the Belarus automakers Minsk Automobile Plan (MAZ) to produce vehicles.

According to the report, 72 vehicles were jointly produced.

Moreover, in terms of agricultural cooperation, both exchanged more than 10 visits during 2017 and 2018 to study the possibility of enhancing cooperation in agriculture.

When it comes to the education field, more than 120 Egyptian university degree holders were trained in Belarus universities from 1991 to 2018.

Belarus has also awarded scholarships to Egyptian students to obtain bachelor’s and master’s degrees and in turn, Belarus teachers and students have been receiving Arabic language courses organised by Cairo University.