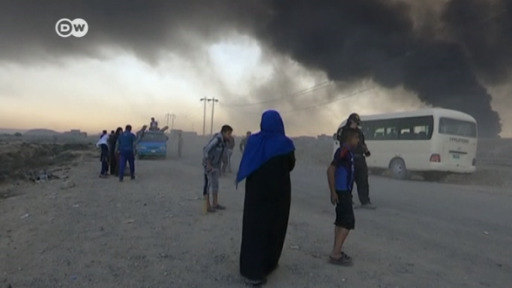 Local agricultural communities in Iraq’s breadbasket are going to benefit from a European Union (EU) fund of €15m to the Food and Agriculture Organization (FAO) to recover agricultural livelihoods in northern Iraq’s Nineveh governorate.

The area, which is set to benefit from the fund, includes the city of Mosul. Essentially, Mosul was known as the country’s breadbasket before the widespread damage caused by the war.

According to a statement from the FAO, this project is expected to directly benefit almost 10,000 vulnerable farming families (around 60,000 people), as well as flow-on benefits for local service providers and labourers.

Due to the years of conflict, the agricultural sector in Iraq has been devastated.

The outcome of the war resulted in major damage to water systems, irrigation facilities, and other agricultural infrastructure. It also led to the disruption of value chains, losses of personal assets, crops, livestock production, and food supplies.

“As part of the EU’s commitment to the whole of Iraq, supporting the regions so tragically devastated by the recent conflict remains a high priority. By reviving agriculture in Nineveh, a key sector of the economy, this new project will help communities and returnees in rural areas, increasing their income and employment opportunities,” said Ramon Blecua, EU ambassador to Iraq.

“We are grateful to the EU for this generous contribution to help us rehabilitate key agricultural facilities and equipment. Getting these services operational again will be a big help for farmers and local businesses,” said Mustapha M Sinaceur, FAO Representative in Iraq.

He added that creating jobs in key agricultural areas, especially considering that many jobs rely on these rich soils, will help community stabilisation.

The project is an EU contribution to the UN’s Recovery and Resilience Programme (RRP) in Iraq, according to the statement.

It is part of a larger package of support (€184.4m) that the EU has contributed to for the sake of the stabilisation and humanitarian efforts undertaken by the UN in support of the Iraqi government since 2016.