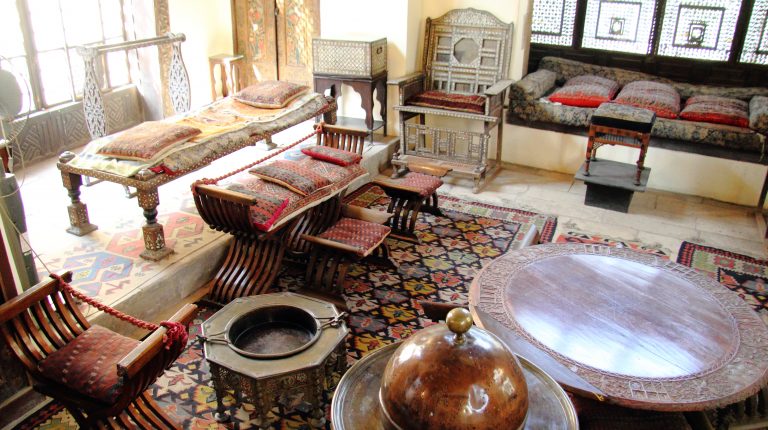 For decades, the glory of ancient Egypt was only limited to those who are visually capable of seeing it. As for the less fortunate, who are visual impaired, even reading about it was not an option before the Gayer-Anderson Museum applied the Braille language system.

Elham Salah Al-Din, head of the museums sector at the ministry of antiquities, said in a press release that this step comes to strengthen communication among all community members, and it is also considered a part of the museums sustainable development plan.

Salah Al-Din added that the cards will follow a special needs established department at the museum, and it will start running the project with a number of visually impaired visitors and several NGOs supporting people with vision specific needs.

Located in the heart of Cairo’s Sayeda Zeinab district, the museum is a standing icon of the beautiful architecture of the 17th century. The place holds the name of its latest owner, Major Gayer-Anderson Pasha, who lived in the house between 1935 and 1942, with special permission from the Egyptian government.

Gayer-Anderson Pasha was the doctor of King Farouk and lived in the house. The museum, also known as Beit El Kretliya, is located right next to the Ahmed Ibn Toloun Mosque in the Sayyida Zeinab neighbourhood.

When the king’s favourite major left the country in 1942, he officially left the contents of the house to the Egyptian government, in return for which, King Farouk gave him the title of Pasha.

The place has a wide range of ancient Egyptian civilisation relics which the mayor collected himself while he was residing in it. This includes objects from Islamic, Coptic, and modern Egypt, with each displayed in a separate room. The museum also contains a closet filled with Pharaonic antiquities, a small statue of the head of Nefertiti and a black statue of the ancient Egyptian cat goddess, Bastet, as well as a large, beautiful portrait of Jesus and the Holy Family.

The displayed antiquities are not only limited to the Egyptian heritage, it reaches out to display the lifestyle of a particular oriental culture, such as Syrian, Turkish, and even Chinese.

The museum’s cultural importance reached TV. The Gayer-Anderson Museum has been a favourite among movie and television producers. The James Bond film, The Spy who loved Me, was partially shot in the museum, mainly in the ceremonial reception hall and the rooftop terrace. More than 40 Egyptian old films and serials were also shot in the museum, including the famous Almaz and Abdo El-Hamouly, as well as some of Naguib Mahfouz’s novels that have been turned into films. And, according to my guide, Um Kolthoum–once the mother of Egyptian songs–sang there.