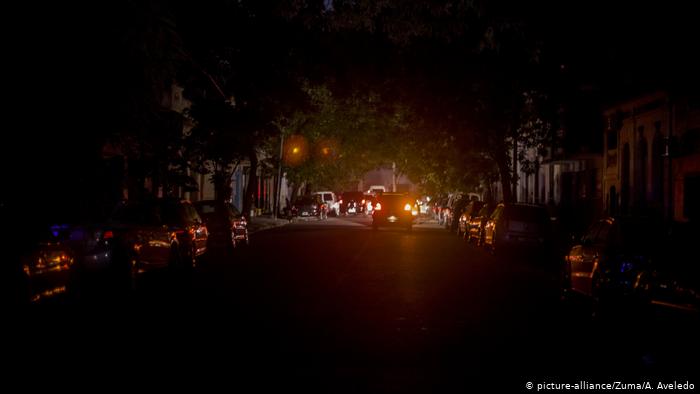 A problem in the energy network has left the two South American states cut off from power at 7:06 am local time.

Energy distribution company Edesur, a major provider to the two nations, confirmed the outage in a tweet.

“A massive failure in the electrical interconnection system left all of Argentina and Uruguay without power,” said Edesur. Company spokesperson, Alejandra Martinez, described the power as historic, saying “nothing like this has ever happened.”

The Argentinian company later said it had started the “normalisation process, which will require several hours.” Authorities are hoping it does not interfere with regional elections in parts of Argentina. The provincial government of Buenos Aires has put emergency services on alert.

Uruguayan authorities blamed the Argentinian grid for the blackout. Uruguay’s UTE power company said “a fault in the Argentina network affected the interconnected system, leaving the entire national territory without service, as well as several provinces of the neighbour country.”

The blackout affected around 50 million people. An hour after the blackout, UTE said it had started to restore its services to some parts of the country.

“Some coastal cities already have service and work continues toward general restoration (of power),” UTE said.

Uruguay relies on Argentina — the third largest energy supplier in Latin America — for a significant portion of its energy needs, although investments in renewable energies, such as wind and solar, have allowed it to wean itself from its southern neighbour.

Both countries are located in the southern hemisphere, which is currently experiencing winter conditions. Authorities have yet to identify the motive, but initial assessments suggest a “flaw” in the system.