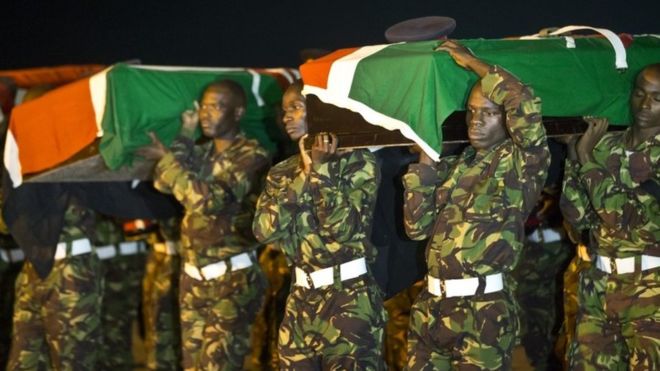 Egypt condemned on Monday, the terrorist attack on a security vehicle of the Kenyan police forces close to the country’s borders with Somalia, killing 12 officers, according to a statement from Egypt’s ministry of foreign affairs.

Egypt renewed its call for the international community to intensify efforts to combat terrorism which targets security and stability all over the world.

The Kenyan security forces have become a frequent target for the armed groups after Kenya deployed troops to Somalia in 2011 to combat rebels.