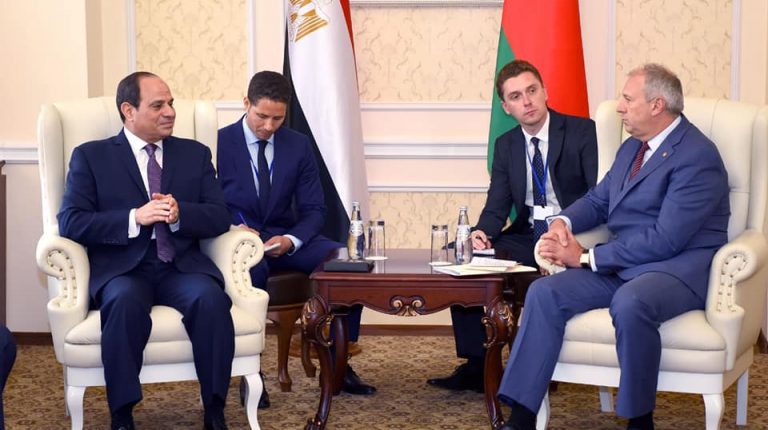 The Egyptian-Belarusian summit kicked off on Tuesday in Minsk between President Abdel Fattah Al-Sisi and his Belarusian counterpart, Alexander Lukashenko, at the republican palace to address means of expanding joint cooperation in various fields, according to a statement from the Egyptian presidency.

President Al-Sisi expressed his hope to enhance bilateral relations between the two countries, noting that this visit is an important step on the road of beefing up joint cooperation.

The Egyptian leader asserted that the agreements reached during the previous visit of the Belarusian president to Egypt in 2017 are being implemented. “We will keep implementing these deals. We have a strong political will to expand and strengthen cooperation between our countries,” he emphasised.

“What we have achieved in our relations is not a limit. It falls short of our expectations and aspirations. We expect the ongoing visit to give an impetus to bilateral cooperation across all the matters on today’s agenda,” the Egyptian president added.

In his words, the parties are set to sign an agreement on setting up a business cooperation council and a cooperation roadmap for 2019/20.

He also held a meeting with a number of senior Belarus businessmen, investors, and heads of megacompanies in the presence of the Prime Minister of Belarus Sergei Rumas. 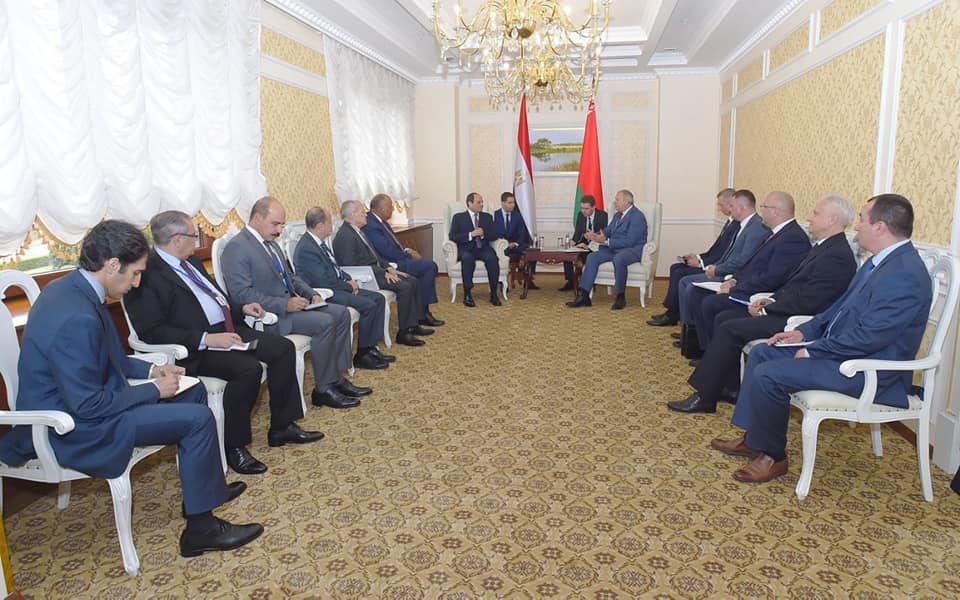 The Belarus ministers of trade, industry, and economy were present at the meeting alongside the Egyptian delegation accompanying President Al-Sisi.

Relations between Egypt and Belarus have been witnessing rapid development in the last few years. The trade exchange between the two countries reached $186.3m in 2015.