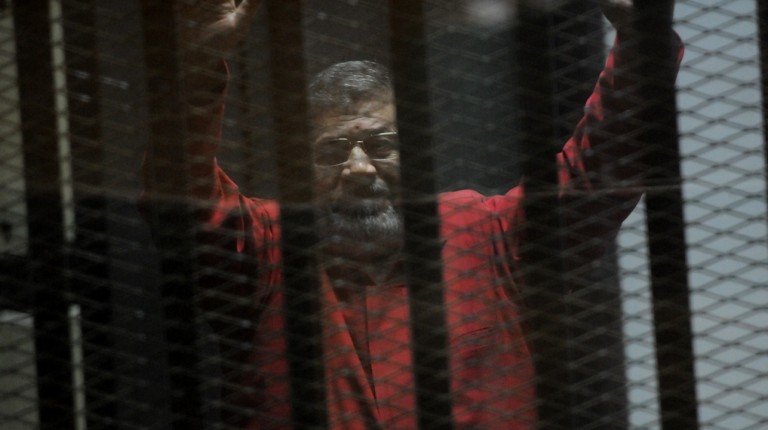 In a statement, the SIS criticised a series of tweets from Sarah Leah Whitson, HRW’s Middle East and North Africa, on the circumstances of Morsi death, citing them as “allegations.”

“Whitson accused the Egyptian government of causing the death of the deceased deposed president through what it termed as criminal negligence by not providing him with adequate healthcare,” the SIS said.

Whitson wrote several tweets including a previous report on Morsi’s condition in jail.

“Morsi died in prison after a stroke. This is terrible but entirely predictable, given government failure to allow him adequate medical care, much fewer family visits,” Whitson tweeted.

The SIS accused Whitson of exploiting the death of Morsi “to give credence to such claims and apply them broadly to all inmates serving sentences in Egyptian prisons.”

Furthermore, the SIS also mentioned that Whitson assumed Morsi died due to medical negligence without “providing any evidence or proof of her allegations bearing in mind that the only verified information that has been provided regarding his death was a statement by the public prosecutor regarding the preliminary assessment of Morsi’s death.”

The SIS also commented on an earlier statement from HRW in 2017 on Morsi’s health condition, in which the SIS argued: “included some allegations of violations of his right to have access to proper healthcare.”

“The conclusions that Whitson has reached in her tweets are nothing but an attempt to prematurely reach outcomes with the most politicised intentions,” the SIS affirmed.

HRW called on Monday for an international investigation into the treatment of inmates in prisons and Morsi’s death.

Morsi collapsed and died after his trial season ended in a case in which he was accused of “espionage for Hamas” at the Cairo Criminal Court. He was buried in a grave in eastern Cairo after authorities refused to allow his body to be buried in his family cemetery in Al-Sharqeya, Morsi’s son, Ahmed, said on Facebook.

The Egyptian prosecution office said that Morsi asked the judge if he could speak for five minutes then the trial session ended. Morsi fainted and was taken to a hospital where his death was announced, the prosecution added.

Morsi, affiliated to the Muslim Brotherhood, came to power in 2012 in democratic presidential elections. However, in July 2013, he was ousted following a mass protest against his rule.

He has been in custody since he was ousted and was also being accused in several other cases, including the killing of protesters and jailbreak.