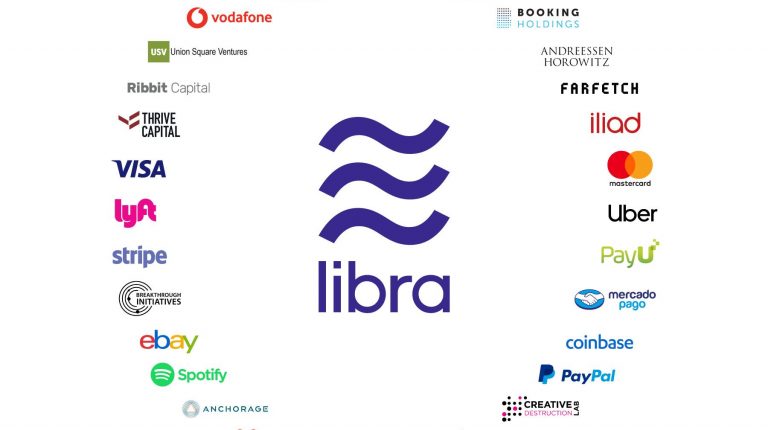 Social media giant Facebook Inc announced on Tuesday plans to launch a new cryptocurrency called Libra, scheduled for launch next year alongside the underlying blockchain-based network that will support it.

Unlike Bitcoin – which is a speculative asset – Libra would be what is called a stable coin, a cryptocurrency that is backed by assets and securities, to avoid price fluctuations, in a bid that Libra would trade in the future on a global scale much like the United States dollar.

According to Facebook, Libra would allow users to use it as a payment tool for both online and offline services. However, the cryptocurrency is to start to transfer money between individuals in developing countries who lack access to traditional banks.

According to the company’s executives, their end goal is to establish a mainstream cryptocurrency that would be as stable as the dollar, can be used to buy almost anything, and can support an entire range of financial products — from banking to loans to credit.

David Marcus, head of the Facebook blockchain team said that, “It would make a scenario where there’s a run on the bank completely impossible, because we are backed one-for-one,” Libra will also be audited, he added, an important step in an industry with limited transparency.

“To help instil trust in a new currency and gain widespread adoption during its infancy, it was guaranteed that a country’s notes could be traded in for real assets, such as gold,” according to the white paper issued.

The white paper cited that Libra would be backed by a collection of low-volatility assets, such as bank deposits and short-term government securities in currencies from stable and reputable central banks, instead of gold.

Facebook would still need to get regulatory approvals in the US and elsewhere. Shutting down business for issuing unregulated tokens is not unprecedented. US Securities and Exchange Commission (SEC) has previously shut down about a dozen businesses issuing their own tokens for violations of Securities Law.

In this regard, Marcus revealed that the social media giant has already established contact with the SEC, other central banks, and regulators. However, they did not receive the approval so far.

In a bid to soothe regulators, Facebook established a governing body to oversee Libra, called the Libra Association.

According to Marcus, the body would include 27 other firms, including Visa Inc, Uber Technologies Inc, and PayPal Holdings Inc, all of which are part of the group, who would have an equal say in how the cryptocurrency is managed.

“Facebook will not have any special privilege or special voting rights at the association level,” he said, adding that, “We will have competitors and other players on top of this platform that will build competing wallets and services.”

In Egypt’s case, the government historically had a sceptic attitude toward cryptocurrencies, which didn’t start to change until the end of 2018, when the Central Bank of Egypt (CBE) revealed plans to introduce a digital version of the Egyptian pound.

Moreover, in May, a source in the CBE told the state-run MENA news agency that companies looking to establish a digital currency and cryptocurrency platforms will be required to obtain licenses under the proposed Banking Act. The draft law would also give the CBE regulatory power over the use of cryptocurrency in Egypt.

Factors to Consider When Choosing a Bitcoin Trading Wallet

Pros and Cons of Bitcoin Trading in 2020