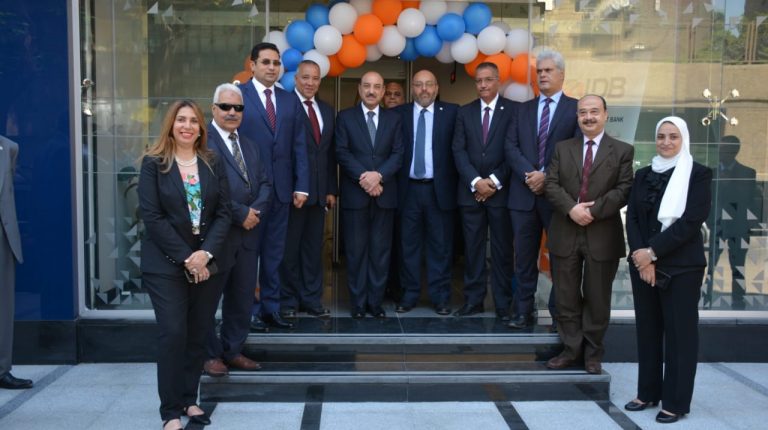 Chairperson of the board of directors and Managing Director of the Industrial Development Bank (IDB) Maged Fahmy, inaugurated the latest branches of the bank at Noubar Street in downtown Cairo.

The bank will complete its expansion plan and restructure its geographical spread.

According to Fahmy, this plan includes the development and renovation of existing branches and opening new branches to reflect the bank’s modern identity.

He explained that with the expansion of banking operations and the development of new mechanisms to compete in the banking market, the IDB has prepared a plan to expand its network to reach 50 branches by 2023.

This is so that it can better deliver its services to a larger base of citizens from different governorates and industrial zones around Egypt.

The bank recently purchased 11 branches in its plan to spread and expand nationwide.

As per Fahmy, four branches have been completed and four other branches will be offered to contractors to prepare them within three months in Sadat City, Borg El Arab, Minya, and Ismailia.

There are four branches in Qena, Fayoum, Tanta, and Port Said that will also be developed before the end of 2019. The bank will complete the rest of its expansion plan over the next three years.

Fahmy revealed that the IDB intends to launch the first electronic bank in order to offer banking services using the latest banking technology.

He went on to say that the process of restructuring the bank takes place in all sectors simultaneously.

Fahmy elaborated that the process began to reform the administrative pyramid, which was upside down, and solve the problems of taxes that accumulated over 22 years, as these files were permanently closed.

This is all alongside preparing the technological development process.

He added that the bank aims to end losses and turn to profitability by the end of this year.

According to Fahmy, the IDB’s strategy is to focus on the bank’s presence in projects where there are no other banks, such as the Rubikki Leather Project, which the bank alone is financing, as well as financing the Agricultural Stock Exchange, for which the bank received a prize from the Central Bank of Egypt.