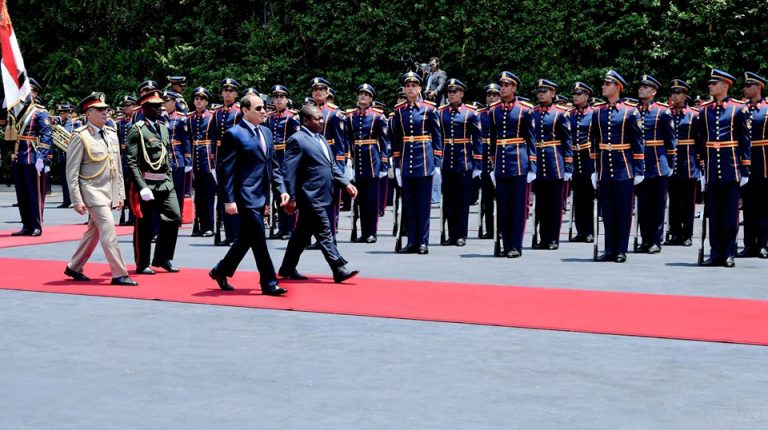 They also addressed supporting economic development in Mozambique, particularly in the fields of infrastructure, as well as bolstering cooperation in the sectors of industry, health, transportation, and communications.

Meanwhile, the two presidents signed several MoUs on political consultation and another one on exemption of diplomatic passport holders from both countries from acquiring travel visas.

During a press conference held after the talks concluded, Al-Sisi emphasised that the discussions tackled political, economic relations, and affirmed that they are keen on increasing the amount of trade exchange between the two countries and cooperating in the fields of agriculture and nutrition security.

Al-Sisi also called for counterterrorism and extremism and support of maintaining security and stability in the region.

Furthermore, Al-Sisi expressed his condolences to the people and the government of Mozambique over the tornadoes that hit the country recently, voicing support for the rebuilding of the affected areas.

For Nyusi, he praised the relations between the two countries and expressed his readiness to enhance cooperation and promote consultations on issues of common interest.